Another 36 cards coming your way! 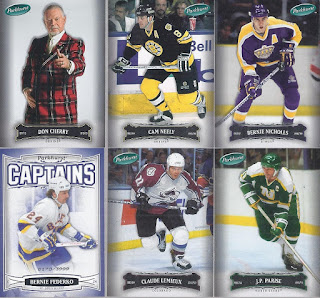 Getting a Don Cherry and a Cam Neely card together in the same pack just seems right. Naturally, the former is wearing a suit that looks like he tore the fabric off a chesterfield from 1978. I wish they had a better photo of those Blues jerseys like Federko is sporting, with one of my favourite designs. 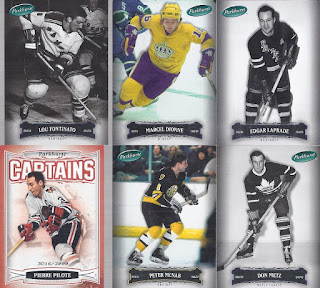 Only that bright yellow Marcel Dionne keeps this from being a sweep of Original Six franchises. 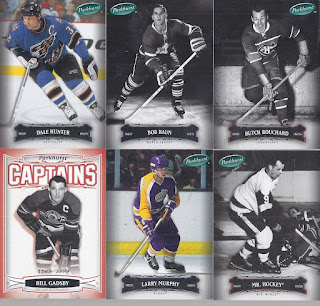 That Bouchard is a classic photograph that has made several appearances on Upper Deck's family of cards over the years. I don't know about the decision to put Larry Murphy in Kings' colours for his card, especially since there seemed to be a lot of Kings stuff in this, and not so much so for some of his other teams, like the Pens. 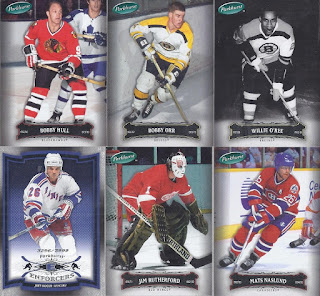 Now we reach the only complaint I had about collation in this. A lot of the /3500 cards duped up, which was disappointing for the set-build. But that is quite the top row of players in this pack. 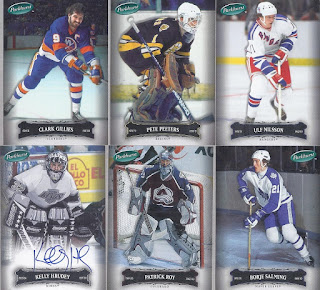 And there you have the second autograph! Appropriate that this was in a rather goalie-centric pack. Interestingly when it came to collation, both autos so far had their base cards beside one another inside the same pack, which I posted yesterday. 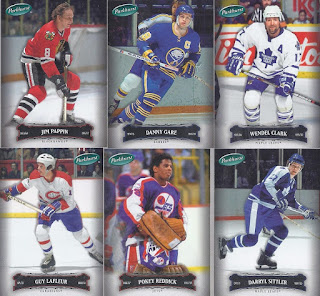 Pokey! YEAH! That would usually be the highlight, but there's a photographic rarity in here that nudges Eldon out of the top spot. There are not a lot of cards that feature Guy LaFleur with a helmet. That is enough to make it my pick of this pack.

There you go! Halfway there! Another 36 cards tomorrow!
Posted by buckstorecards at 04:30