The finale! Some almost pack-fresh Platinum! 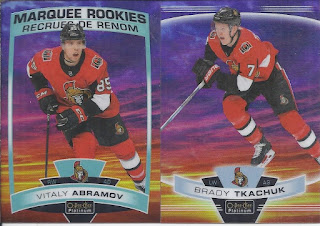 I'm starting with a new design out of this year's release - the Sunset parallels. They aren't numbered, but drop at a rate of about two per box. But shouldn't they be Sunrise parallels for the Marquee rookies? 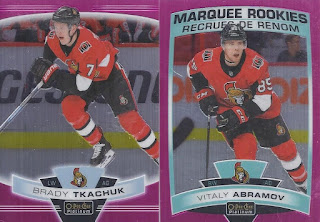 Pink Matte parallels also debut this release. They fall at the same rate as the Sunsets, and the collation was so good I got the exact same players on both of these. 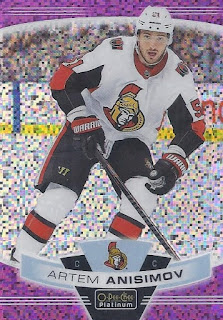 Violet Pixel parallels return this year, but this year they're all /399. 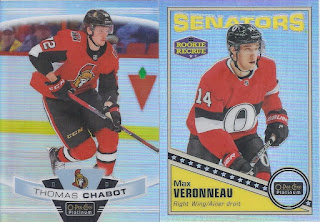 Here's the regular rainbow parallels, as seen in both the regular base card and the retro versions. 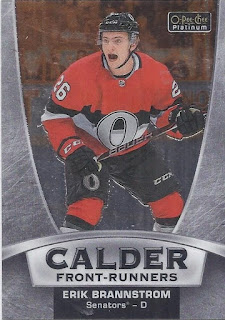 A yelling Erik Brannstrom was apparently considered to be a Calder front-runner this year. I don't think that's happening. 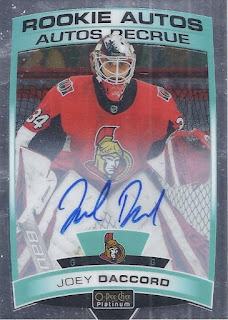 Autographs! The Senators seem to be one of the teams that has a lot in these releases. I watched a few of these case breaks, and despite falling at a rate of one per box, there seemed to be 2 Sens autos per case. Here's my first auto of their latest goaltender-of-the-future. 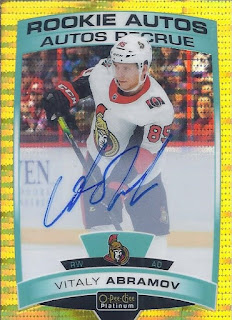 And here's #2! Unfortunately, some of the players in this release must have been given streaky pens to sign their autos, and Abramov was one of them. But, this is still a pretty rare card, with the Seismic Gold version being /25.

And there you have 3 days worth of Senators cards!

Posted by buckstorecards at 06:11