And the other half! 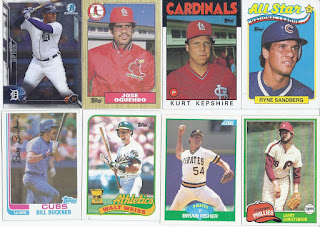 There's a couple dupes already, but it isn't exactly bad to double up on an '82. Throw in another '81 and it is still a solid enough start. 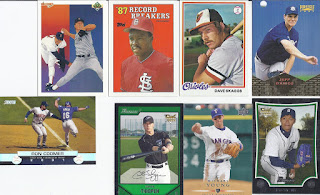 Another '78! But ir really doesn't compare to the typically great Stadium Club photo on the bottom. A tag out at first isn't a play you often see on cards. And a Jays card! 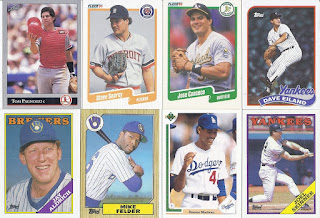 At least the Pagnozzi photo is kinda unique. Other than that, boring. 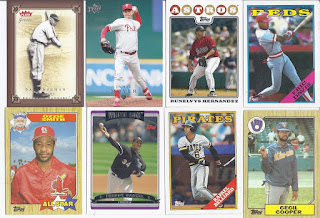 But another Greats of the Game card picks things up. The only bad thing about this is that it isn't paired with a second one. And despite being 1987 Topps cards, the Cooper and Smith show the peak of mid 80s baseball fas hion. 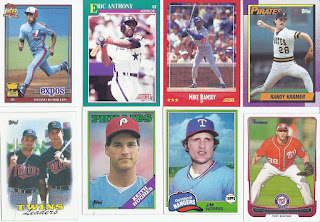 Not on par with the first half, but still lots of keepers on this side as well.
Posted by buckstorecards at 08:08