Let's keep going into this year. 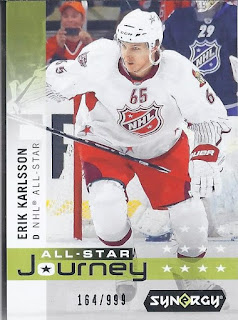 As usual, I won't highlight everything - this covers 4 half-cases of these products. This year's Synergy had an insert set that would cover various all-star teams of various players. Which means I get to find a new Erik Karlsson Senators card in this! WOO-HOO! 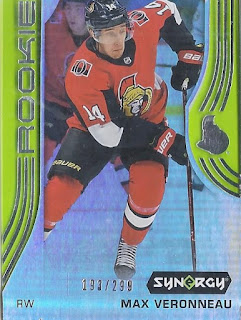 If you want a more traditional Synergy card with the acetate portion, here's one of 'em. 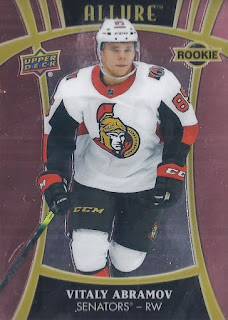 Allure was the next release, with a set make-up very similar to Panini's Select releases. Foil throughout, with lots of parallels. This is a pink diamond parallel. 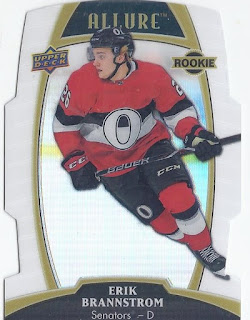 And this is the white rainbow parallel. While neither of these are numbered, there are some other ones in this set. 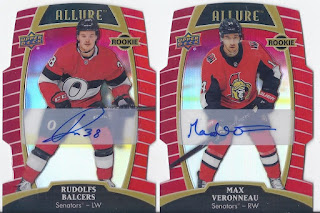 But if autographs are your thing, here's a couple of them. Both of these are /349, which seemed to be the numbering of the rookie portion of this set, although some of the more touted rookies are /249. This is my first auto from Veronneau, and the Balcers joins an Artifacts one. 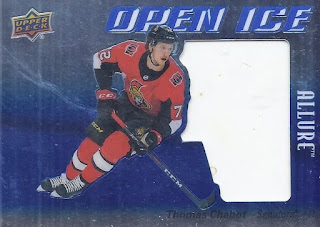 Now that is an interesting die-cut. 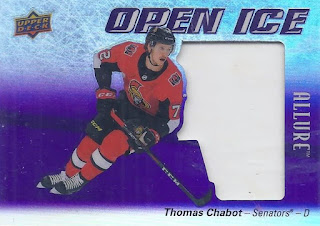 Here's the lowest numbered card in the posts, with ths purple ice parallel limited to 10 copies. 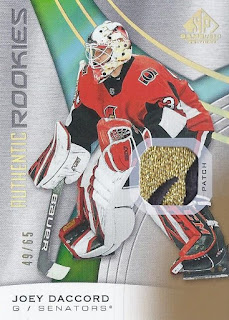 Despite the set name, I'm guessing this patch is photo-shoot worn as opposed to coming from a game. Still, I'll always love it wehn some gold/bronze shows up on a Senators patch. 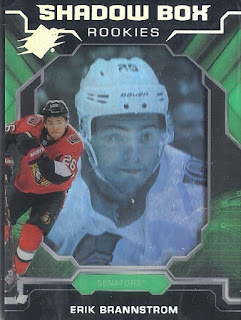 One last card - the always nice looking Shadow Box design out of SPX.

Just some Platinum left next post!
Posted by buckstorecards at 05:30