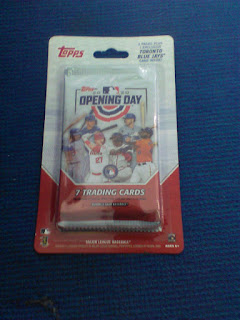 2020's Opening Day might be unknown at this point, but there's always time for opening some new product. 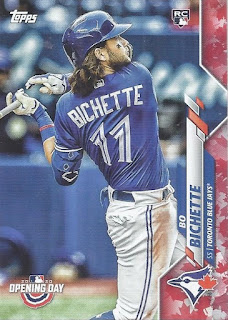 The box promises an extra, exclusive Jays card per three packs. I guess this is my first opening Day card for the season then. These parallels are exclusives to Canadian Walmarts, and I guess this rookie is the one you want to pull. 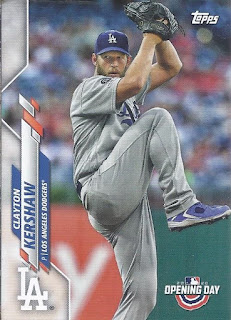 Kershaw was the first pack-pulled card from the set. This does set a theme for the break through, as Jays and Dodgers were the most common teams in the packs. 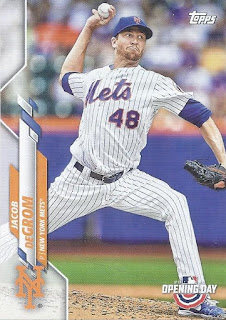 But first, here's the only Mets card in the packs. 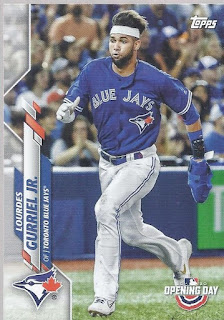 But I'll shift back to Toronto for the first Jays card of the packs. 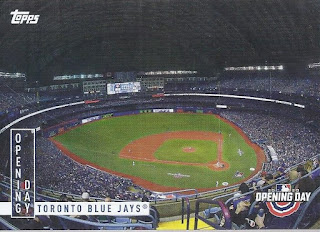 And the Jays were also represented among the inserts, specifically this one that saluted the actual 2019 opening. 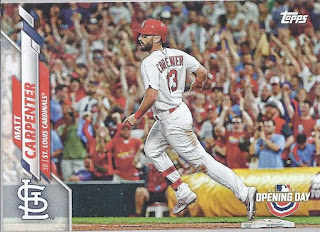 My favourite photo in the packs was this beautiful Matt Carpenter. 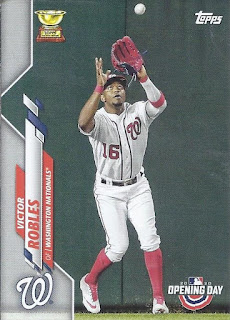 If photos that you'll likely see in Series 2 are more your thing, here's my favourite among those with this casual Robles catch. 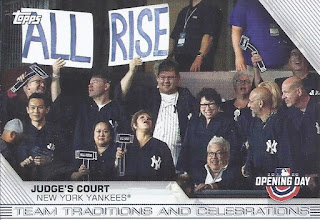 Back to the inserts, here's a Traditions card. Interestingly, this pack also had the Aaron Judge base card. Yay, collation! 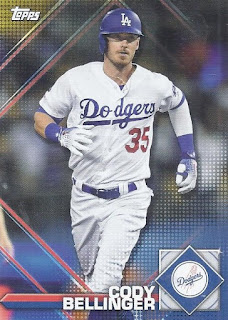 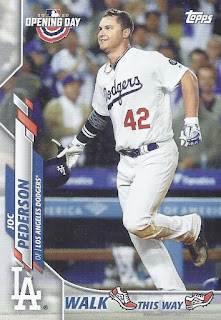 But this here was actually a pretty big hit for the packs. The Walk this Way insert, which commemorates walk-off homers, falls at a rate of 1:369 packs, so they're pretty rare pulls. As one can tell by the jersey, this would be the Dodgers walk-off homer on Jackie Robinson Day, making it one of the more perfectly timed walk-offs from last season as well.