I will probably get started next week on at least one of those repacks that showed up last week, but first I have to get through this: 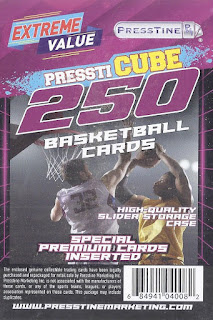 As usual, I'll divide these up into 4 piles of about the same height, and list everything. 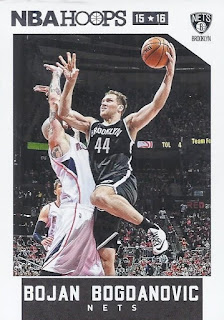 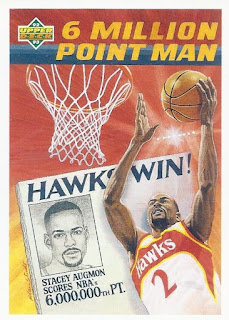 1992 Hoops - Stacey Augmon - The first of several drawn cards in this - this was the only one that was not a checklist.
1993 Stad. Club - Victor Alexander 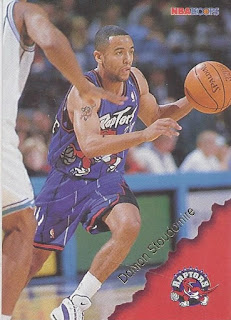 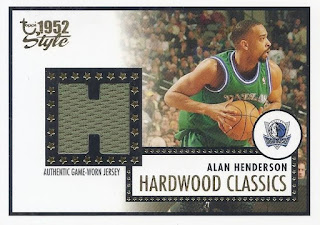 2005 Topps 1952 Style - Alan Henderson - And the first hit of the cube. The card itself is a bright green swatch, even though this looks like it has been laundered several dozen times.
1996 Topps - Loy Vaught
1991 UD - Dennis Scott 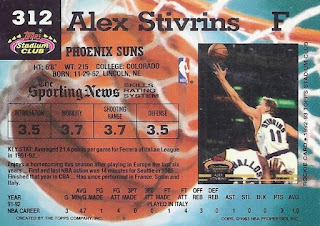 1992 Stad. Club - Alex Strivins - One of the fun things about Topps' return to the basketball card market was that their Stadium Club 'rookie on the back' was mostly the flagship release. But this is one of the self-referential ones. This card itself was the only card Strivins would see in his career.
1993 Fleer - Felton Spencer 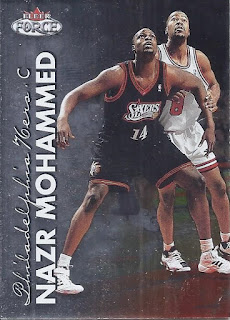 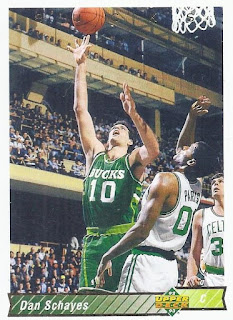 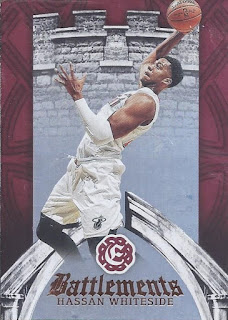 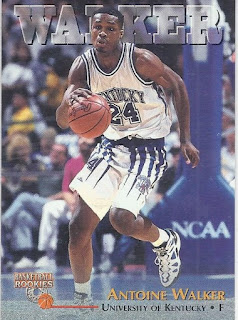 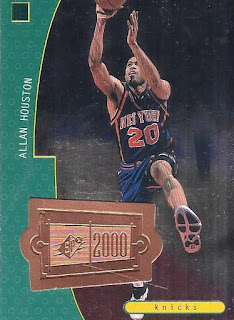 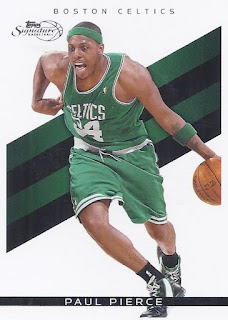 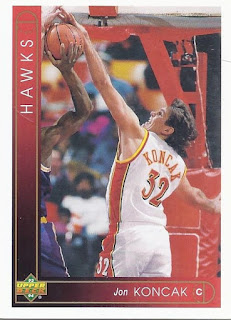 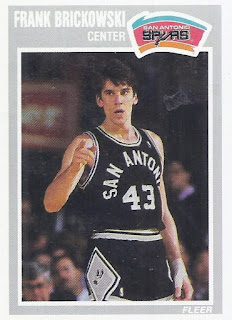 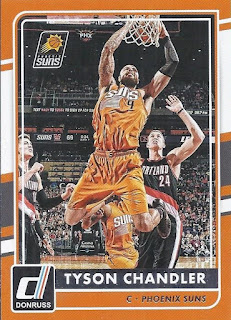 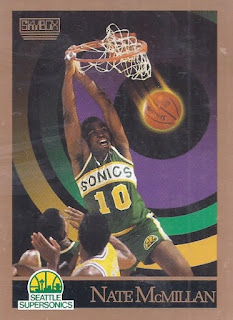 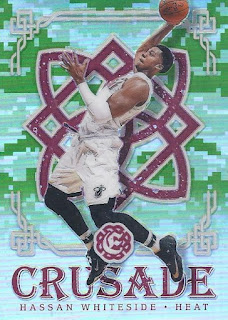 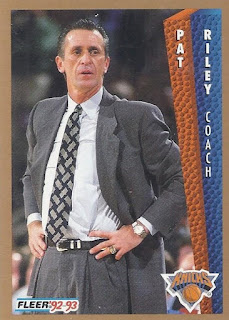 Definitely a solid start with the hit, some solid photos, and a couple team PC cards. It gets better next time with a set I definitely was not expecting to find in a repack.
Posted by buckstorecards at 03:58