May I See Your Credentials? - Part 1 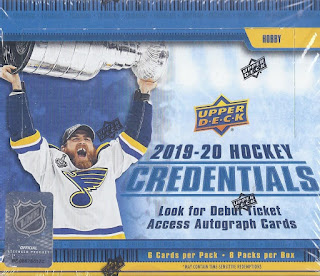 I've been looking forward to this release since Upper Deck announced it. It brings one of my favourite motifs, the ticket-themed design, back into hockey for the first time since Contenders was a thing. Here are the highlights from the first four packs: 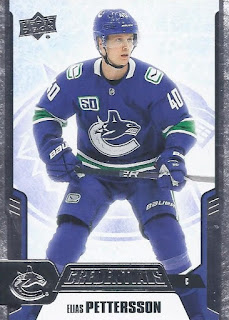 Here's the base design. While I'm never a fan of eliminating the background, replacing it with a team logo is always a solid plan. 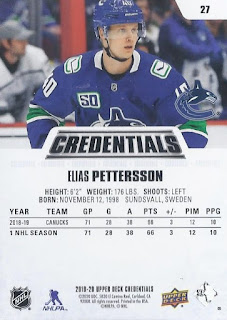 The backs? Exactly what I expected. 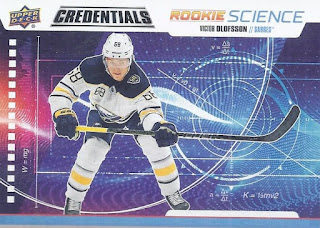 The first insert of the box is a rookie science insert. Definite science-y with the design here. 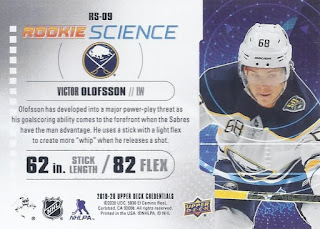 The back write-up is kinda science-y. Some are directly related to the player featured. Some are more generic, and I definitely prefer the former. 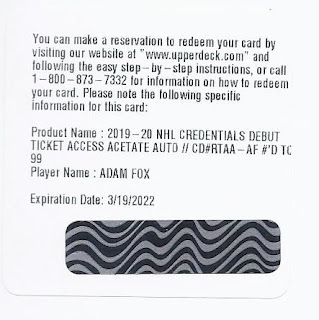 Looks like I'll be waiting a bit to see the autograph in the box. 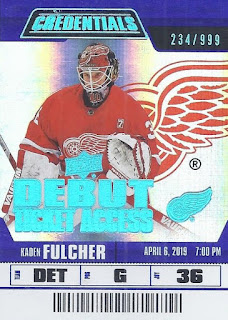 And here's your ticket motif, dated to the player's debut. These are easily the most Contenders-ish cards in this, and are considered and numbered as part of the base set. 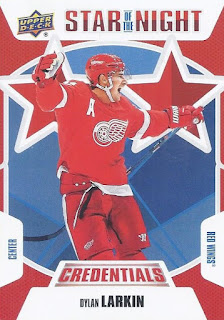 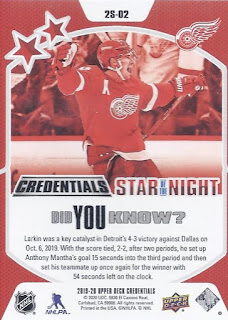 Since this is tied to a specific game, I wish they'd use the ticket design here as well. There are first, second and third star card, with all of them falling at the same frequency levels. 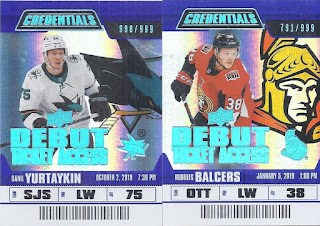 And two more tickets. And there's my first Sens card from the box. The /999 are the most common of the bunch. You'll see some lower numbered tickets in tomorrow's post. 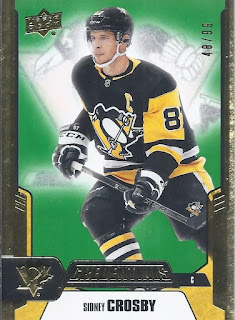 My first base parallel of the break. Can't complain about who they player is either. 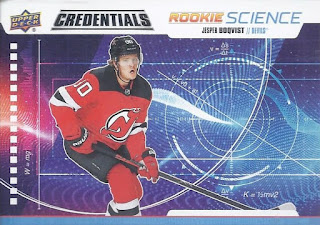 The other 'rookie science' cards from the remaining packs were more generic than player-specific, so I'll scan this one to wrap up the box. 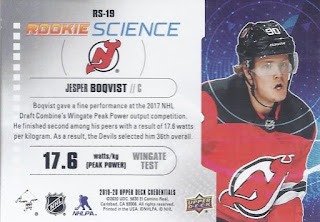 Even with the caveman-ish photo on the back.

And there you have it! Packs 5 through 8 go tomorrow!
Posted by buckstorecards at 09:21