Another box of Chronicles - Part 1 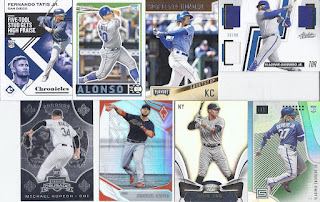 Well, what a nice start for the ol' team collection. 2 Vlads, one being a hit, and an Alonso. That Mondesi is a pretty nice looking photo as well, barely noticing the lack of logo on it. 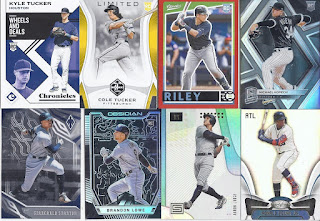 There's one of the non-hit packs, but at least there is a shiny Spectra card in there. Austin Riley isn't a bad player to get a /99 parallel out of. 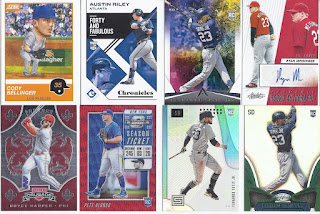 Sure, there's an autograph in there (Meisinger appears not to have any Topps cards yet), but I gotta give that nice shiny Alonso /199 the nod as the best card in the box. While I have yet to land an autograph of his, I've landed some really nice numbered parallels from my breaks of this.