Yesterday's repack adventure wasn't the best. Maybe the Dollarama Two-step of one 15-card hanger and a Surprise Bag will be better. 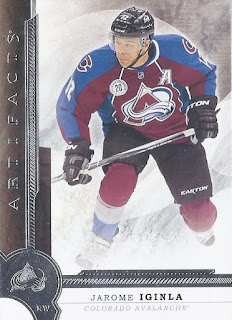 This was the first of the visible cards. Can't complain about an Iggy to start things off. Although things were pretty blah after that. 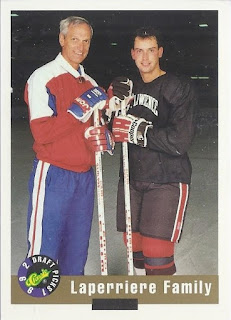 But I do like family cards. Here's Jacques and Dan LaPerriere on a card from Classic. 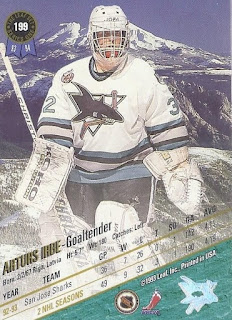 And I've got to scan the back of a '93 Leaf card out of either hockey or baseball. That's about all of note in there. The other visible card was a Mike Cammalleri, which is already set aside for a future mailer. 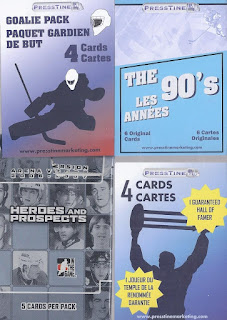 The Surprise Bag will be an all cardboard affair. 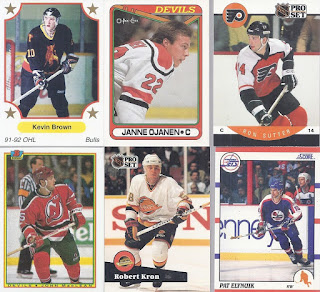 The 90s pack does give a good idea of what the rest of the hanger pack was like. 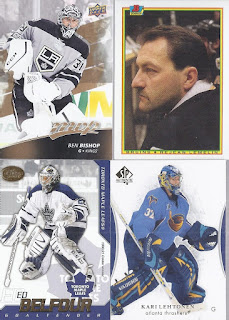 But the goaltender pack was pretty good with a trio of mask binder cards appearing. I'm sure the Lehtonen Kill Bill card will be a dupe, though. 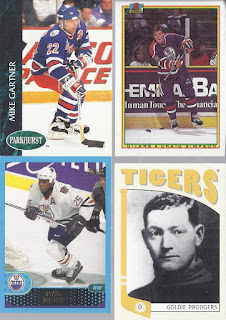 The Hall of Fame pack was easily the best of the repacked packs. That's my first Hamilton Tigers card in the lower right! It is Gartner that is the HOFer here, not Prodgers. 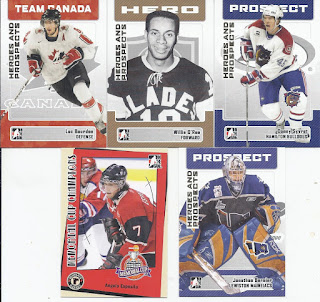 Arena Version was ITG's way of saying 'not hobby', but that's still a pretty good pack with the late Luc Bourdon starting off, followed by a Willie O'Ree and the awesomely-named, sadly-defunct Lewison MAINEiacs.

A rough start, but this really came on strong near the end. Definitely better than the previous days repack at about 1/5 the cost.
Posted by buckstorecards at 10:48