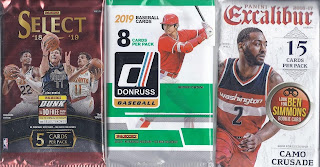 I've got a trio of packs to show off today. The first two are from the LCS, while the latter was marked down at Wally World. 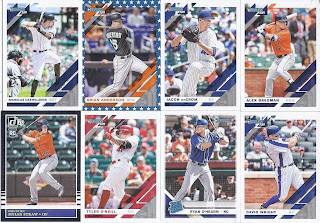 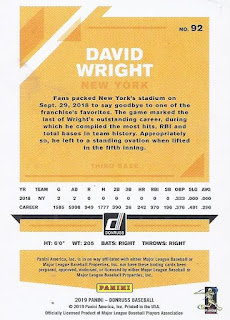 And here's the back of the card. I like that Wright had his final season stats, abbreviated as they were, on his. 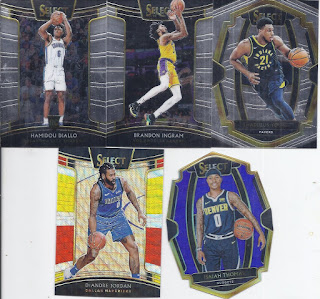 No hits out of the Select, but a coupe of parallels. I didn't know this until he showed up at a game in Toronto wearing his jersey, but DeAndre Jordan's brother plays for the Hamilton Tiger-Cats. The Thomas parallel is /249, and will likely be one of only a handful where he's pictured with Denver. I'm really surprised he's only played on 6 teams so far. 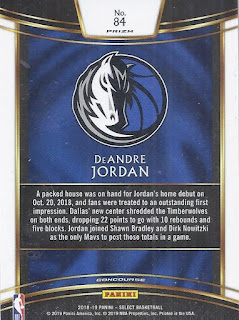 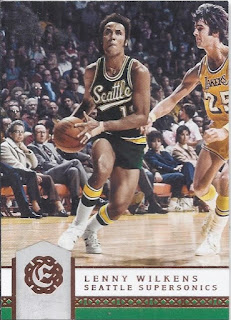 My favourite basketball card may have come from the Excalibur as the first card out. Even though that might be the only photo Panini has of him on the Sonics, it still features a classic uniform. 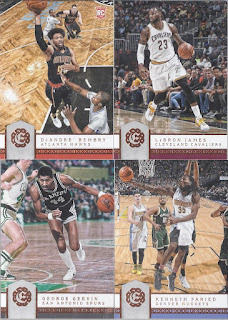 I won't scan everything in the pack, but here's a sample of the base cards. Some nice photos, some nice legends. A good mix. 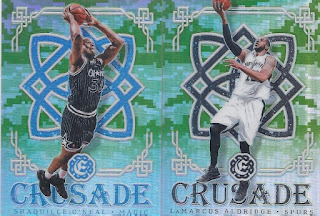 There you have it!
Posted by buckstorecards at 07:57