Back to the mailbag again, and post #4 of #5 from the farewell of Wes from the blogging/collecting world. I'll be ending with two hockey posts. I'll be starting off with some cards with a vintage feel to them. 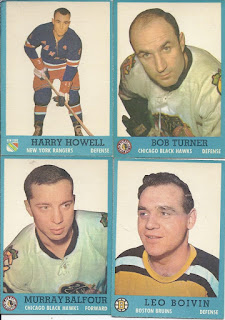 I'll do these chronologically, and I'll start by heading all the way back to 1962 for these. The late Harry Howell is the big highlight of these. Vintage of a Hall of Famer? Yes, please! 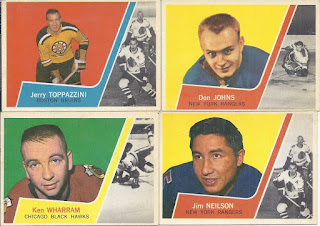 Off to 1964 for these. A great vintage design for these beauties. I remember when Topps Archives would borrow from other sports for insert sets in their release. I'd love to see this look make an appearance. 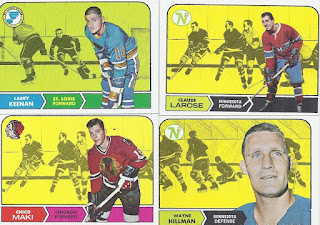 Sort of cartoony with these 1968 cards. But it is appropriate. 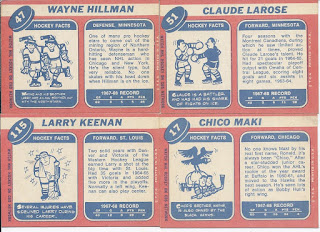 Since there were cartoons on the back. These are definitely dated. Funny injuries! Players literally being owned!

The best thing about this group of 1972 cards is that I can add this Don Luce to my Kitchener Rangers alum collection. This traces back to the mid 60s, when they had an affiliation with the New York Rangers. 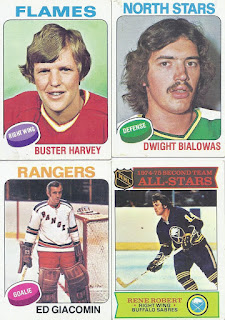 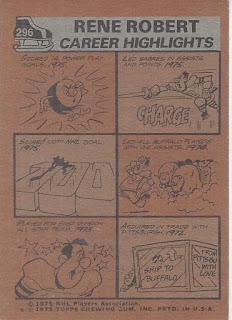 More cartoons on the back of these, but the Rene Robert card is highlighted with an appearance from Peter Puck! Awesome! 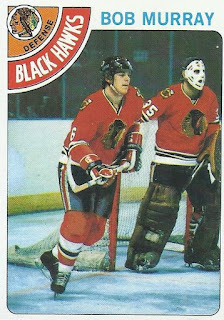 Why does this jersey look airbrushed when Bob Murray's entire NHL playing career was in Chicago? 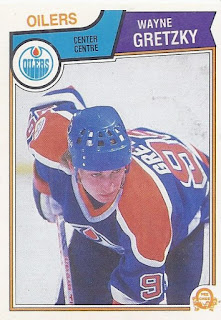 1983 really isn't vintage for me. But this does seem like a good post to highlight an early career card of Gretzky. This wouldn't be the type of photo I'd choose for a card of the great one during his heyday in Edmonton, at least you get a look at the classic helmet. 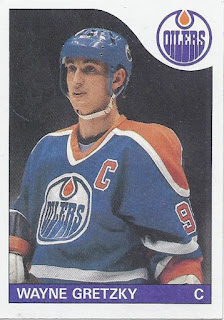 One 80's Gretzky deserves another!

OK. These aren't even close to Vintage, with the Howe from 2001 being the oldest. But, these are still some nice vintage photographs on the cards. And that's good enough to end the scans at this point.

I'll wrap up the final portion of this sometime over the next week. I've still got more mail to show off!
Posted by buckstorecards at 11:50