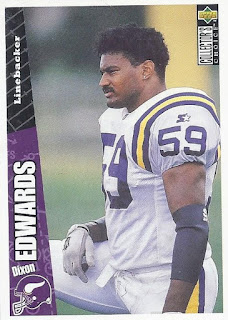 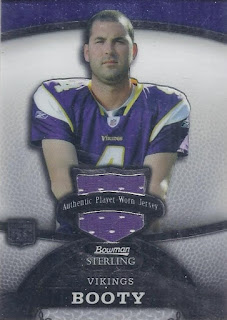 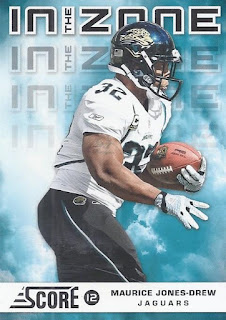 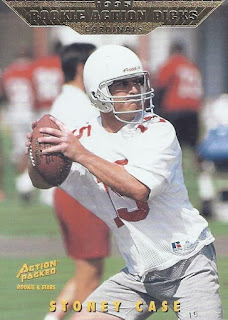 1995 Action Packed - Stoney Case - The description on the back of the card clarifies that Stoney is his real name. That's scan worthy. 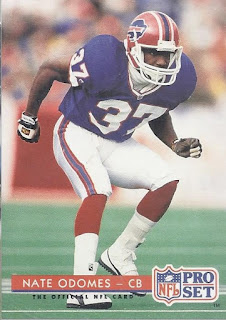 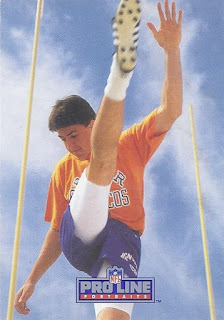 1991 Portraits - David Treadwell - I like kicker cards. This photo is a wee bit questionable. 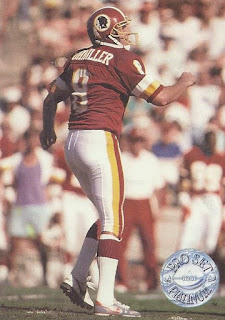 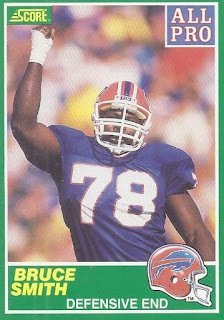 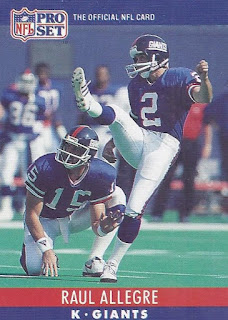 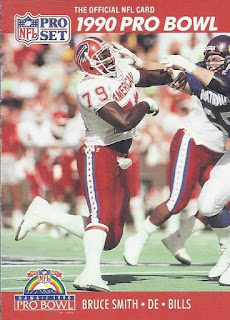 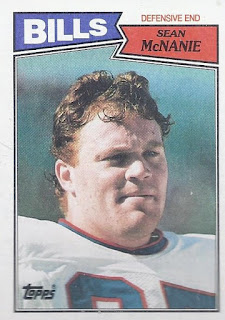 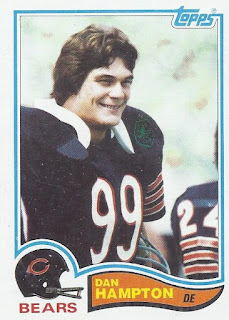 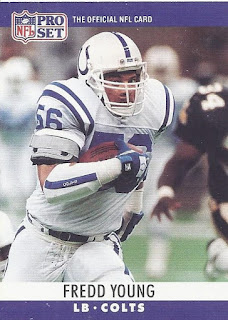 1990 Pro Set - Fredd Young - This is one of my favourite types of photos in football - the defensive player with the ball.
1989 Pro Set - Dalton Hilliard
2012 Score - Jonathan Vilma 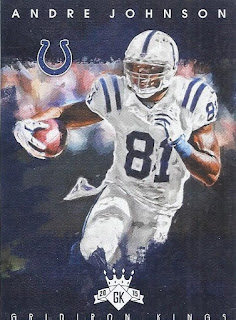 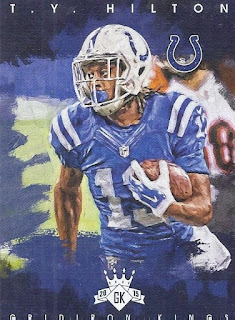 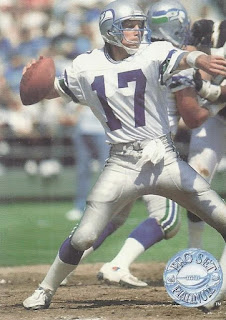 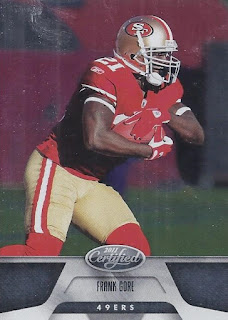 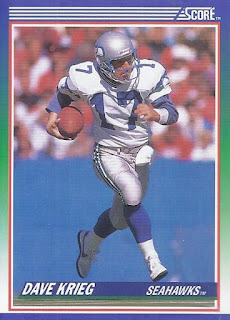 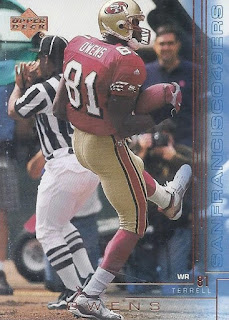 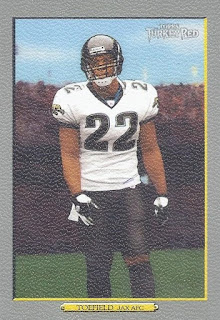 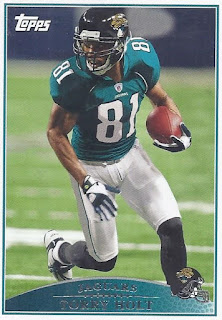 That was a lot of fun! I could definitely do this again with another cube. I'm not sure if there were 250 cards in there, and I'm not about to count them to make sure, but it did seem pretty full.

But there's still more football to come from this... 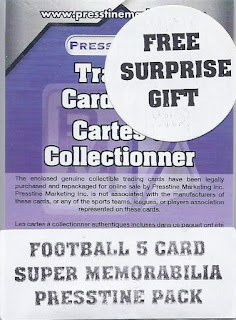 Posted by buckstorecards at 08:36