Another trip to the mailbag, and this time I'm pulling out some group break cards from a random of 2018 Leaf Flash. As the title indicates, the randomizer matched me up with the Padres in this one. 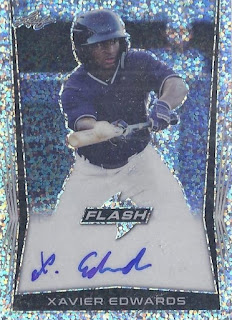 Edwards was the player I landed an autograph of that I was the least familiar with. But he was drafted in the late first round in something called the Competitive Balance Round. I do like that there's a bunting photo on the card, which you really don't see enough of, especially with autos. 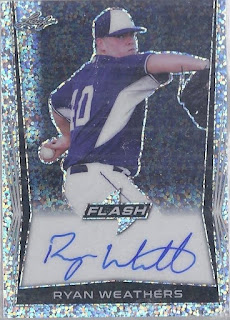 Weathers is the son of former Toronto Blue Jays pitcher David Weathers, who pitched in 17 games for the team in 1991 and 1992. This was actually a redemption in the product, so I was waiting for this to show up to post the other cards. It only took about two weeks to arrive, so hey, good on Leaf. 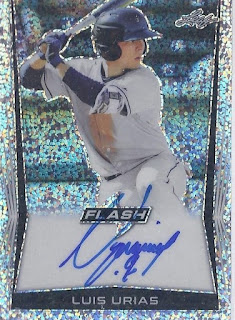 Urias made his debut with the big club late last season, and was one of the two names in the mailer that I was most familiar with. He's already started making appearances in Topps sets with their early 2019 releases. A busy signature, but it is better that just the initials. 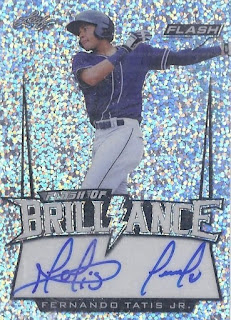 And here's the guy that you want to see come up when you land the Padres in one of these. While he's not the Jr. that everybody else is chasing, it is still a pretty good one to get. He's the #2 prospect in baseball, just behind the other Jr. Penmanship wise, much like Urias it is busy, but still a pretty nice looking one.

There you have it!
Posted by buckstorecards at 07:12