The Hockey Power Cubes have made their return the shelves at Wally World. 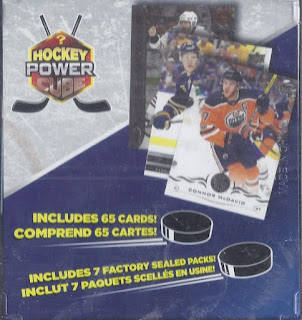 These have been good to me in the past in their red packaged versions. Let's see what the new design holds! 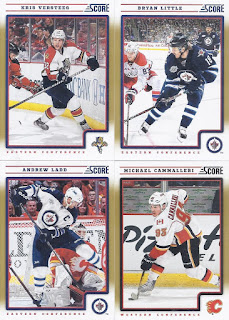 The Score packs were not the most spectacular, as it was just base and gold parallels. But, these three were needs for my "I've busted so many packs of this, I might as well at least group them together" set. 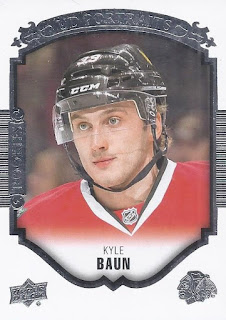 The 15-16 contained this insert from the perpetually bland Portraits set. 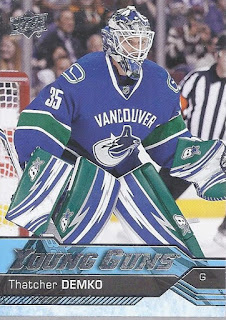 But the 16-17 pack did land me a Young Guns card. It isn't a bad one, as Demko seems slotted to move into the number one spot in Vancouver eventually.

And the random cards:

Most of them, 38 of them to be exact, were from the recent factory set release of 2018-19 MVP. In fact, it looks like they just took a bunch of cards in order and just stuck them into the repack cube. These included the grouping of cards from and including #58 Kyle Okposo to #95 Roberto Luongo. I'm not scanning all of them, but these were the most interesting to me.

The MVP box set used a blue border for its parallel design, and it works perfectly with the San Jose Sharks colours. I like the Rick Nash, since he won't have too many cards where he's pictured with his final stop in Boston. And Kadri is a Kitchener Rangers alum. 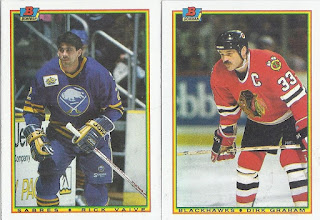 Since you can't have a repack without 1990 Bowman, here they are. 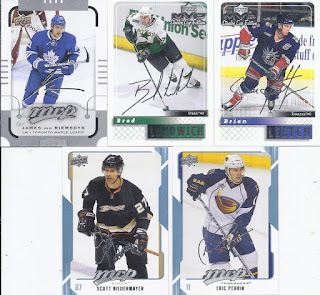 Of course, there's some MVP in this group as well. All contain silver signatures, but only the top row are the actual parallels while the ones on the bottom are from when all base cards were like that.

And the rest of the way home, this portion of the repack was not at all typical. 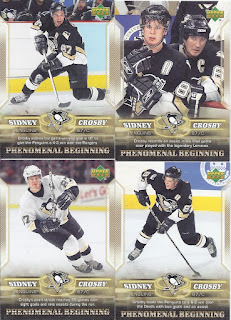 These are from a box-set released during Crosby's rookie year. These are also the slightly-rarer gold parallels, and are also in numeric order from 14 through 17. 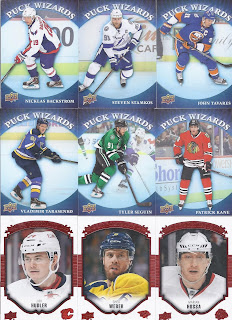 You want Toys'R'Us inserts from 15-16, here's an album page worth of them!

There's still 9 cards to go. And they're all autographs!

I seriously pulled 9 autographed cards from a $20 Walmart repack. That's very 'bank error in your favor' of them.

I'll just go through these in the order they were in the bunch. 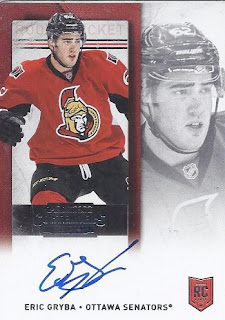 First up is a Sens hit that I didn't already have. This is already a great repack, and it gets even better with this. 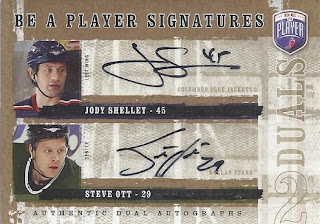 Two autographs for the price of one! These seem to be combined on this card for their toughness, and both wrapped up their on-ice careers with more than 1500 minutes each in the sin bin. 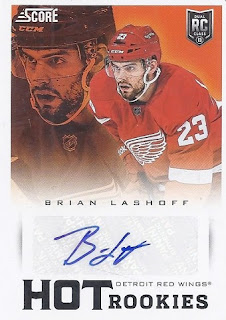 2013 Panini makes their second appearance in this with a 2013 Score insert. It will find a nice home in the binder with all the other goodies from this product I probably busted way too much of. 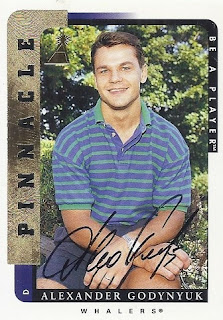 A Whalers auto! I'll be sure to give this one a good home in a future mailer. 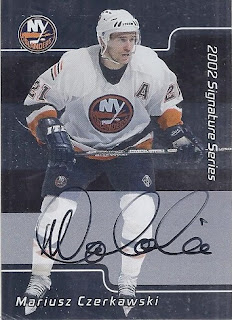 While there weren't any major names in the group, there were still some solid ones. Mariusz played in the NHL from 1993 through 2006, and was the first Polish-born/trained player to reach the NHL. This is a nice addition to the misc. portion of my hockey hits. 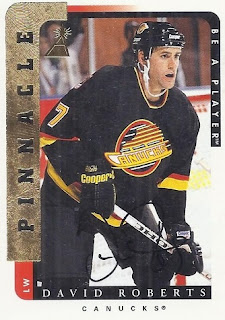 Maybe they shouldn't have used black jerseys for these photos if they were going to have them sign with black ink. David Roberts is a Michigan Wolverines alum, and this card will also have a new home. 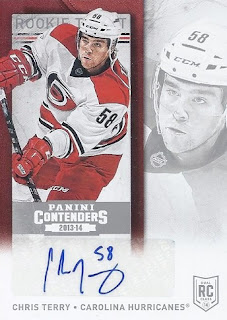 Here's the second appearance of Contenders in this. 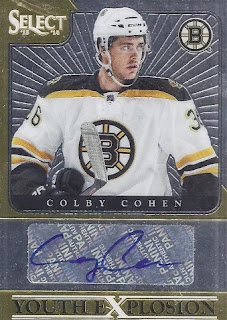 All of Cohen's time with the Bruins was spent with their AHL affiliate. His NHL experience came with Colorado. I guess this is a zero-year card (tm: Nick @ Dime Boxes) 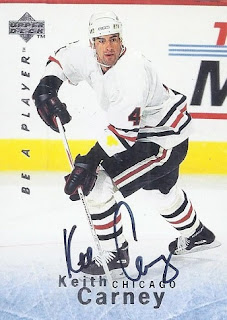 Be A Player was a great source for people who were looking for autographs of those that had solid NHL careers, if not superstar ones. This and its parallels seem to be the only autos of his lengthy career on the blueline.

That was $20 well spent. I sorta wish I hadn't waited until I was home to open this, so I'd buy a couple more of these. Then again, this seemed so far outside the norm that the other ones couldn't be this loaded with goodness.
Posted by buckstorecards at 06:38