Heritage box breaking has to come to a close, and it will do so with these 12 packs. 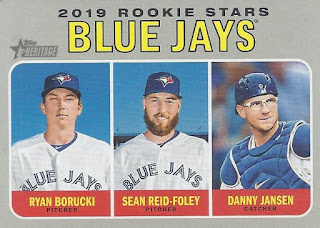 Blue Jays content is a nice way to start off the final batch of packs. 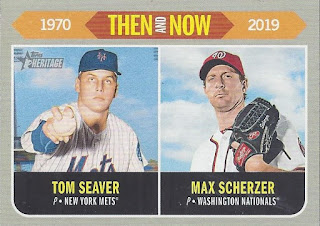 This is Mets content. Sorta. It salutes a pair of strikeout leaders. 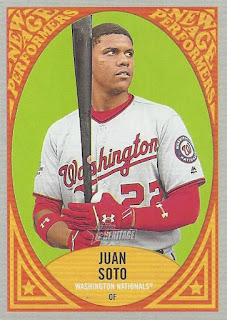 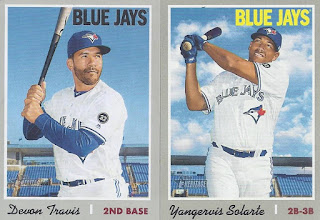 Sunny Dunedin and a pair of Blue Jays base cards. 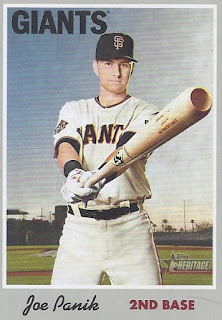 A pretty nice looking bat barrel card among the regular base cards. 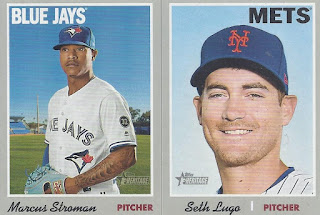 A Mets card and a Jays card in the same pack! A PC pack? 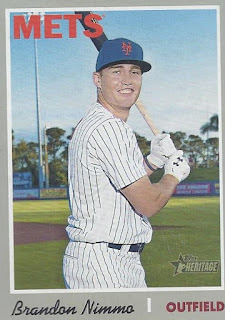 More Mets content! And you'll find Nimmo among the SP portion of the set. 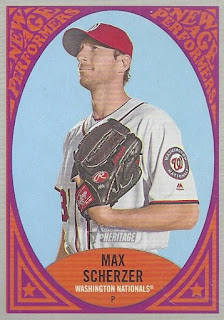 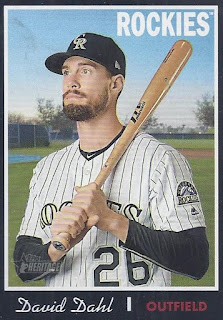 A black parallel, and it does look nice with the Rockies' uniforms and team colours. Although these aren't numbered, these set-wide parallels are supposedly /50. 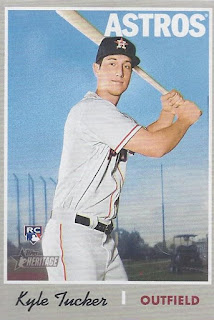 An Action parallel! Yes, that's what it says on the back. This is more accurately described as a player substitution RC SP parallel, with Tucker (who does have a shared Astros team card with Cionel Perez) replacing Joakim Soria in this. 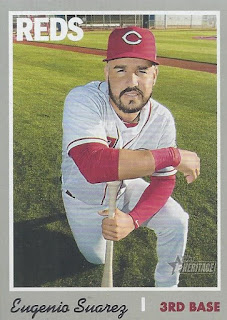 SP to end the boxes.

In terms of parallels and hits, the boxes were pretty average. In terms of collation, they were perfect. There were no dupes among the two boxes. No regular base dupes. No SP dupes. Nothing. What more could a set builder ask for. In fact, when combined with the cards from the handful of loose packs I'd picked up, there were only 5 cards I was missing from the 1-400 portion of the set.

Naturally, there are a pile of SPs I still need, but this will allow me to assault that portion more directly. I'll probably get that wantlist up over the next week or so.

There you have it!
Posted by buckstorecards at 06:24