Knowledge can be a dangerous thing. While watching break videos on youtube, I learned that Presstine, the provider of Dollarama goodies, made repacks with more cards than the standard 15, or even 80 cards. 250 cards worth of repacks? Yes, please! While they don't seem to be available in stores, they are available online.

So, I can get repacks sent directly to me? Yes, please!

I picked up these:

That should get double digits worth of posts!

Since it has been the longest since I've busted some football repacks, I'll start with that one. 250 cards is a lot, so I'll break it up into 4 similarly sized stacks. There were no hits promised in these, but there were still a couple lurking within. 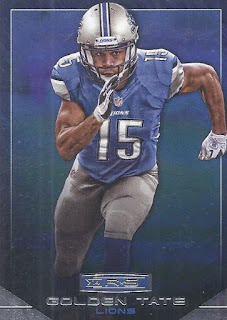 2014 Rookies & Stars - Golden Tate - We're off and running. While I generally don't like cards without a photo background, at least it is team colours here.
1991 Pro Set - Andre Ware
1990 Pro Set - Mark Murphy 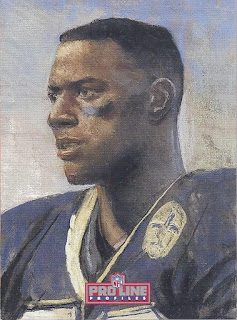 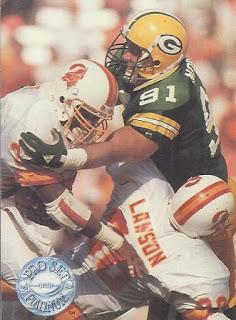 1991 Platinum - Brian Noble - While there was a lot of the regular early 90s Pro Set, there was also a lot of Platinum, their slightly higher-end brand. The full bleed on these have aged extremely well, even if you don't have the player's name on the front.
1990 Pro Set - Lindy Infante
1991 Platinum - Jackie Slater
1997 Playoff - Brett Favre
1991 Bowman - Duane Bickett
1991 Platinum - James Brooks
2009 Topps - BenJarvus Green-Ellis 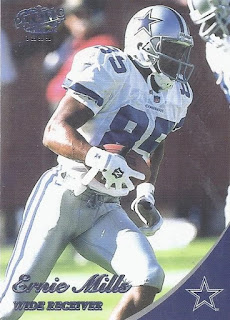 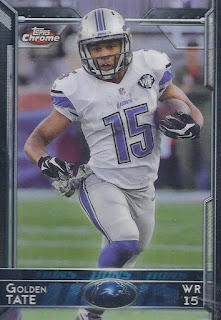 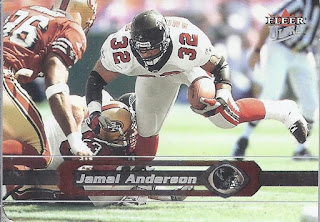 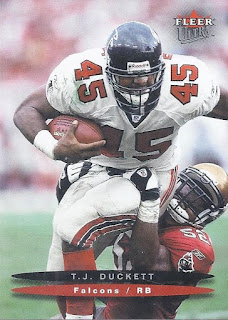 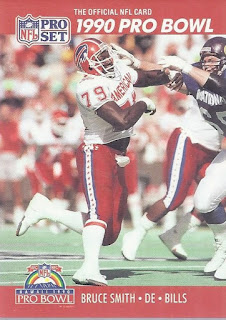 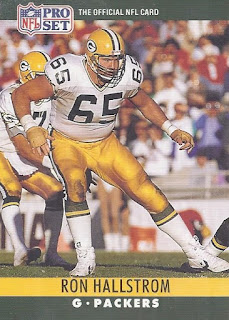 1990 Pro Set - Ron Hallstrom - I'm highlighting this because while I did receive dupes in this repack of some cards, I received about 7 of these. 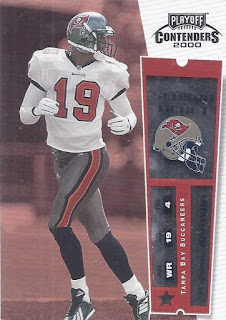 2000 Contenders - Keyshawn Johnson - Contenders and their ticket motif design is always one of my favourites to look for each year. 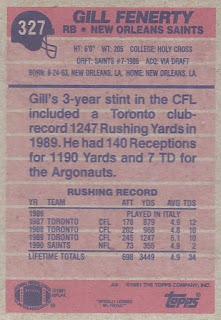 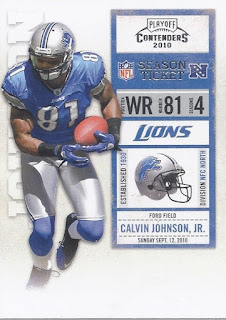 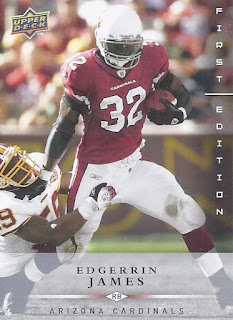 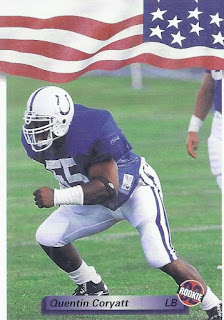 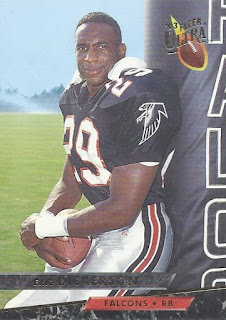 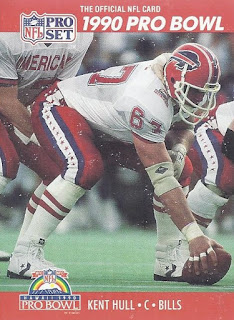 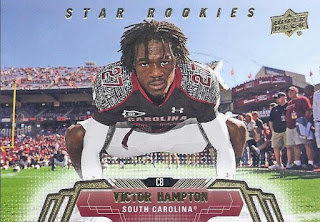 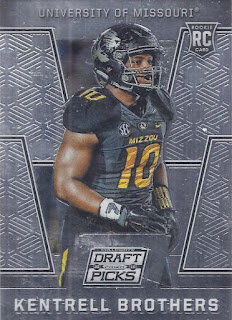 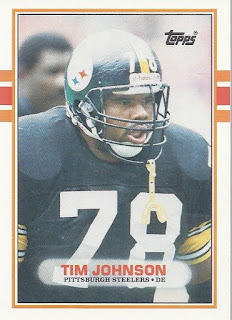 1989 Topps Traded - Tim Johnson - Not the Tim Johnson that would manage the Blue Jays after saving the lives of an entire platoon in 'nam.
1990 Pro Set - Andre Ware 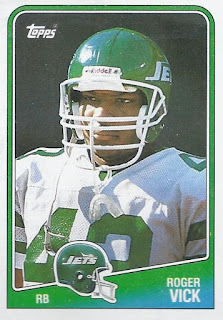 1988 Topps - Roger Vick - And this will end the first approximate quarter of the cube.

Another 60-ish cards next time!
Posted by buckstorecards at 08:24