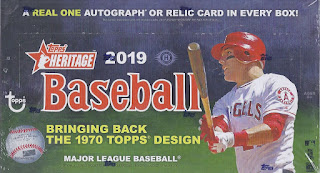 How to work my way through two boxes of this? 24 packs over 2 boxes is 48 splits perfectly into 4 12-pack posts, with bonus box-topper packs. That means you don't drown in a pile of scans every post as hit the highlights of every pack. 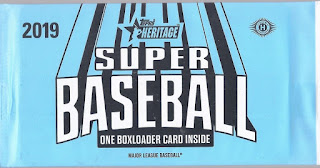 Starting with a slightly larger than usual box-topper. 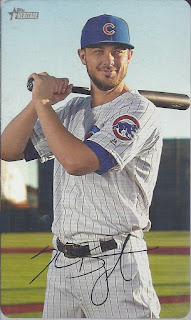 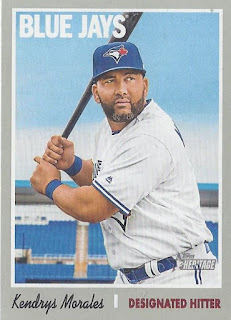 I'll just the highlights of the individual packs, mostly 1 or 2 per pack. This is the first of my Blue Jays cards in the box. And he's still with the team, as one of the handful still there that count as 'veteran'. 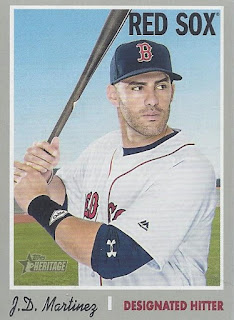 The first of the SPs I don't have to hunt down. 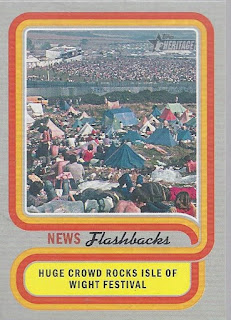 My first News Flashback insert in the box. There always seem to be musical ones each year, and this is one of them this year.

Here's the hit! Red is sort of unexpected for a Braves relic, so that's nice to see. And if you're not a relic type, there's one of the all-star cartoon cards. 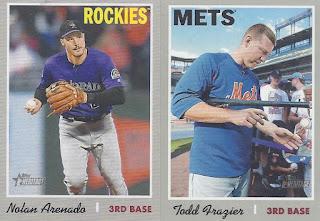 I'm getting a lot of those "1 per box" cards out of the way early. The Arenado is the 1-per-box action variation. With all the (deserved) accolades to Pat Neshek's tribute card, there's also this Todd Frazier that acts as a flashback to the Bud Harrelson card from 1970. 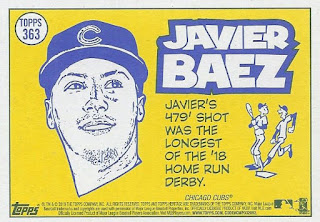 When in doubt which card to pick in a base-only pack, pick the cartoon back card. 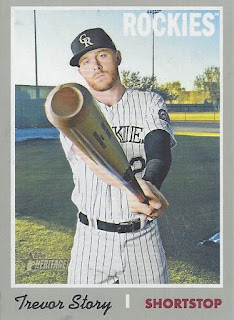 Unfortunately for fans of bat barrel cards, this Trevor Story is a short-print. Also, if you're a wee bit immature, this card is #469 in the set. Nice. 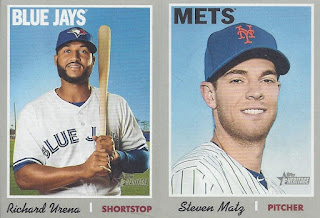 A Jays card and a Mets card in the same pack! WOO-HOO! 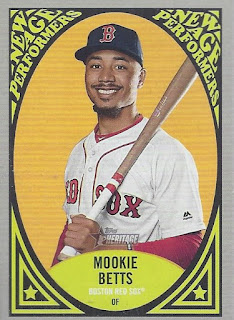 Of the various patterns that I've seen so far on the NAP inserts this year, this might be my favourite, at least in terms of legibility. 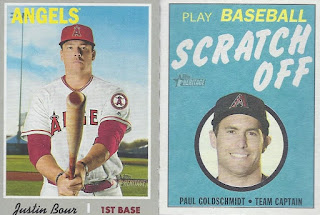 For those that want to see the bat barrel, but not a short-printed card, there's always the Justin Bour option. And here's one of those scratch-off cards that also one-per-box. 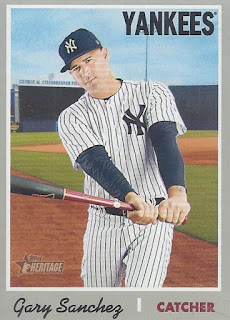 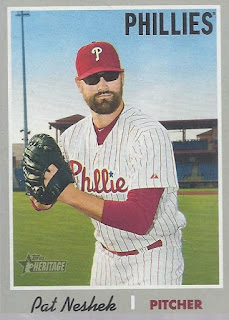 A good way to end this post with a card I mentioned earlier - the Pat Neshek tribute card to the Lowell Palmer. If a non-SP card is a chase card in this set, this is it.

And there you have it! 12 more packs tomorrow!
Posted by buckstorecards at 07:49