This product has been pretty good to me this year, landing me low-numbered auto-relics of Steve Yzerman and Shayne Corson, as well as plenty of swatches. I opted against picking up another box, and grabbed a couple of low-end teams in a case break - Dallas and Anaheim. Let's see some cards from those teams! 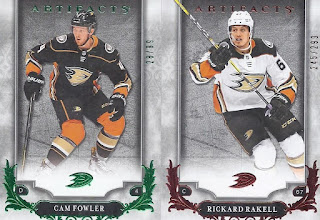 There were no true hits among the Ducks cards, but there were these two numbered parallels. They're not green and red parallels, they're emerald and ruby. Classy! 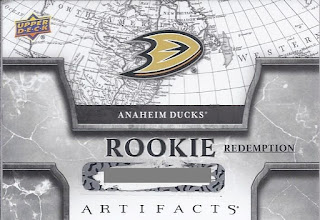 This is the second straight post with a rookie redemption in it. This should turn into a Maxime Comtois card. I've got to be approaching double digits with these by now. 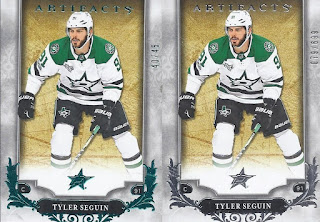 It was a Tyler Seguin hot case! In the sense that I landed two numbered cards of his. The /45 card is an Aqua parallel. 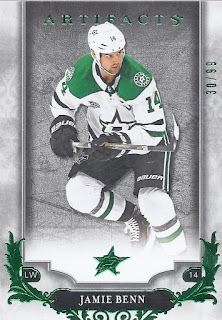 The emeralds do look real nice with the Stars colours. 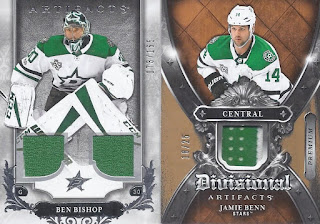 Here are some hits. The left swatch isn't 2 colours, they just miscut or misglued the swatch. The Benn is actually two colurs with a slight piece of a patch. 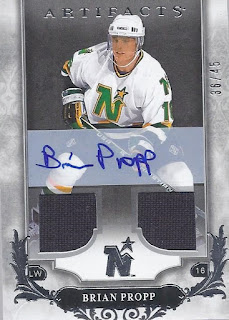 Hey! Here's another autograph from the legends portion of the set! I don't have too many autographs featuring the Minnesota North Stars in my collections, so this is a pretty cool addition to the ol' PC! I'm just a wee bit disappointed that 'Guffaw' wasn't included, but this is still a pretty great hit.

And there you have it!
Posted by buckstorecards at 14:25