A Box For The Big Game

This seems like a perfect day to do a football box break. Let's bust one of my favourite products. 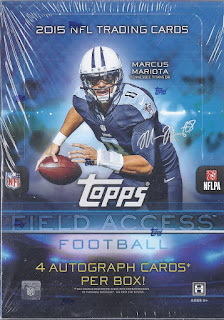 It may have been a sticker dump, but there were some interesting photos in this, and autograph possibilities. 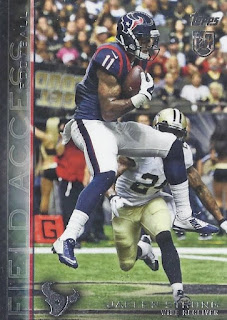 The first card out of the pack is an example of one of those great photography cards. 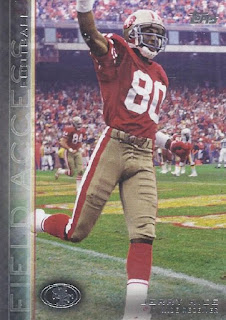 The base set is a mix of retired and current players, and it is the former that provided my favourite of the photographs in this celebratory Jerry Rice card. 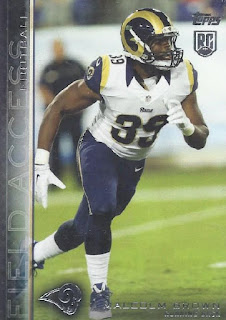 As for cards featuring teams that will be busy later today. One card. Just one Rams or Patriots card in the entire box. Malcolm is still with the Rams, and backed up Todd Gurley until an injury ended his season in December. 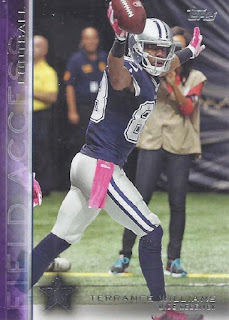 This was the only numbered base parallel in the box, another nice celebratory photo on a card /25. 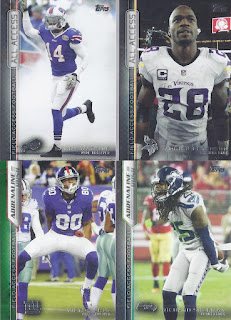 Each of the 4 packs contain one Adrenaline Rush or All Access insert. The Sammy Watkins insert in the final pack was my first Bills card of the break. And while I do love Bills appearances in these, my favourite has to be the dancing card of Victor Cruz. 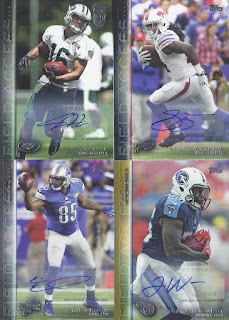 And your autographs. With one of them being a Bills hit, despite no longer being with the team, this is automatically a great box of cards. Ebron is still in the league as well, but he's moved on as well and is now with the Colts. The other two are out of the league, with Hill, much like me not even having a wikipedia entry.