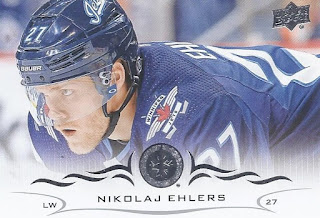 This one is a holdover from yesterday's box break, which had a trio of 2/14 babies among the base cards. This one has a nice, simple intense photo, and a nice look at the Jets shoulder patch. 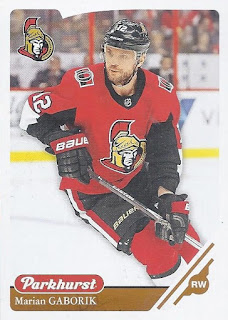 When Marian Gaborik moved on to the Sens this season, he became the 6th person in the collection to get a card on Ottawa. It is hard to leave any cards of people on my favourite teams out of the Top 10. 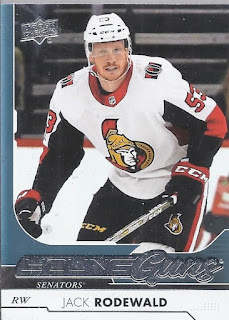 Case in point, here's the second of 3 Senators cards in my Top 10. Since last year's Series 2 released on 2/14, both Upper Deck Series 2 releases manage to qualify for the annual recap post. Jack Rodewald is one of two new faces to make this year's Top 10. 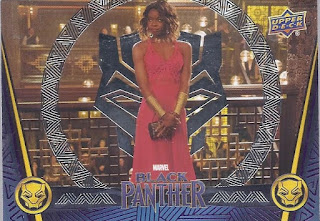 While Danai Gurira was previously in the collection off her work on the Walking Dead, the release of Black Panther, and their e-pack cards allowed her to move to the top of the list volume-wise in the miscellaneous portion of the collection. And I have a couple more Okoye appearances in my COMC to-be-posted box. 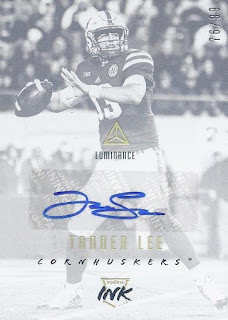 The second of the new faces in the collection. He gets the nod over Senators prospect with a nice looking design with a black and white photo combined with an autograph. This is only one of two hits to make the Top 10. 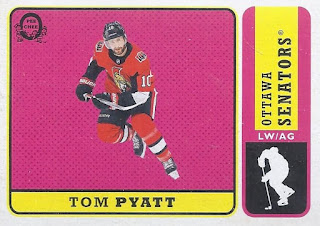 The final Senators card in the countdown. It might be a little loud, but the Retro parallels were generally quite well done this season. 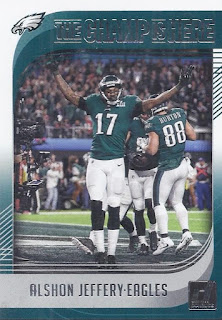 Coming off the Super Bowl win, Alshon made a lot of appearances in sets this season. The only question was which one would make this countdown. While I really liked his appearance in the Celebrations subset in 2018 Score, I decided to just use a Super Bowl celebration photo. 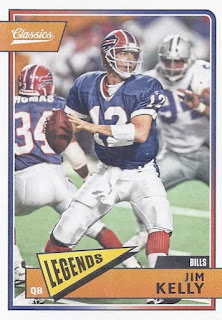 This was such a great design this season for Classics. I just knew that the annual Jim Kelly appearance on this list would have to come from this. 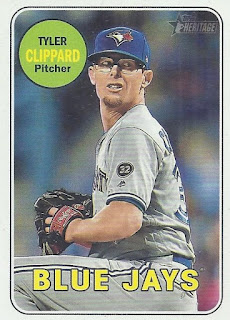 My first Blue Jays card to make the collection! While Clippard was also in Update, I just liked the Heritage look better. 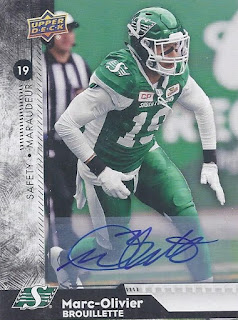 My favourite release of the past year was Upper Deck's CFL set. After a horrible 2017 product, it really came through strong with this. Each pack would contain an autograph, relic or a numbered card, and no portion of the 200-card base set was short-printed. The deep checklist for autographs allowed for many players to get their first certified autograph, and one was Brouilette. Also, is there a more amazing translation from English to French than Safety with Marauder? Of course not. On a year with 5 appearances of cards from my favourite teams in the top 10, a slightly obscure release wins the year.

There you have it!
Posted by buckstorecards at 08:38