Back to the mailbox, and wrapping up the teams I requested. 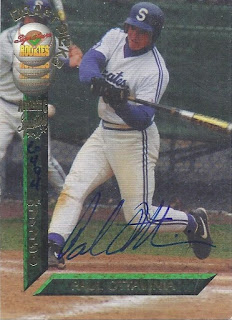 I'd requested the Expos in it, since there were some older products. I got this one card out of that. Paul Ottavinia was a third round pick of Montreal, but never made the majors. Still a new card for the collection, though! 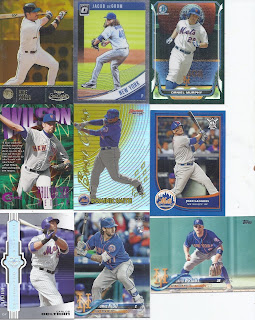 But there were a few other Mets cards in the package. 4 of these cards, Wilson, Piazza, Wilson and Murphy are numbered. The lowest of this group is the Murphy, which is a Black Static Refractor Parallel /35.

The final requested team was the Senators. There were a trio of cards from them as well. 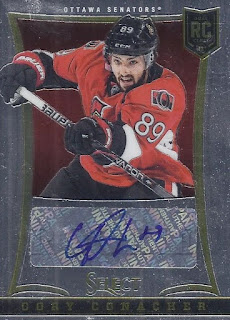 Conacher was considered a chase card when 2013 products were released, but that changed as the season progressed and he didn't really live up to the hype. So much so that he was traded part way through the season. 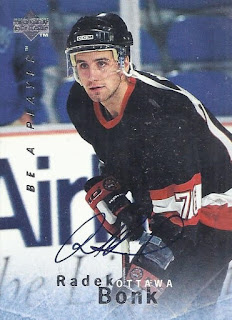 This my second autograph of Radek Bonk, who, if not the expected superstar, did have a long career on this side of the Atlantic. And who wouldn't want an auto of some guy named Bonk? 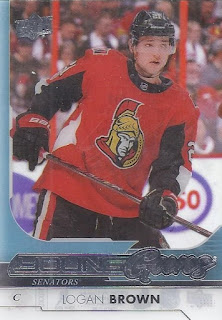 With no ink, and no numbering on the card, on paper this is a surprising as a big card. The Clear Cut cards fall at a rate of about 1 per 3 hobby boxes, with an even spread over 250 cards. That's similar to the /100 exclusives, and they're chase cards for the elite players. While Brown has yet to prove himself, he's yet another one of the youngsters that is sure to get time next season, with all the veterans shipped out over the past week.

And there you have it!
Posted by buckstorecards at 13:22