I was going to do a second Stadium Club post today, but fortunately weather and time was with me this morning, and I was able to make a trip to the flea/Farmer's market this morning. While the trip was supposedly to get my hands on some corn on the cob, card acquisition was also part of the plan. 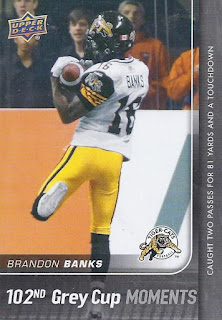 And starting with a CFL card? Why not? These inserts fell at a rate of approximately 1:350 packs, so adding the only Tiger-Cats one in the three card set for $1 was a nice pick-up. 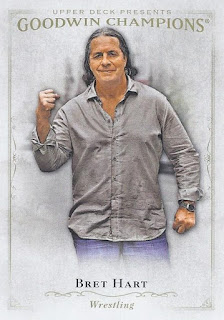 And to follow up my only football card, my only wrestling card of the day. 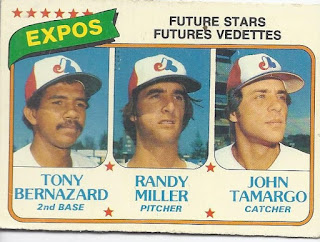 Expos! And even better, this is a O-Pee-Chee card in all its bilingual glory! Of the three, neither really became stars, although Bernazard did have the longest career of the bunch. Still, his best cardboard preceded this one by several years. This was also Miller's only big league cardboard. 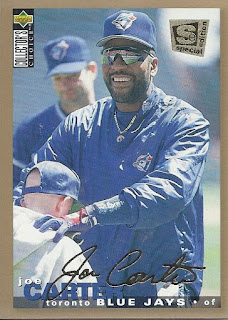 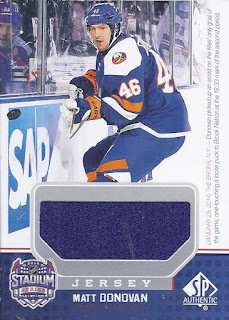 This is one of the thicker relic cards I've seen in a bit. I don't care that it probably isn't from the Stadium Series, I still like cards that commemorate games in that series. So, why not? 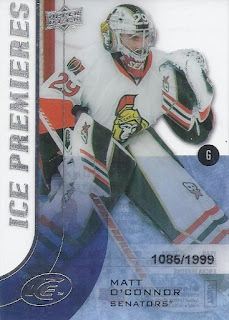 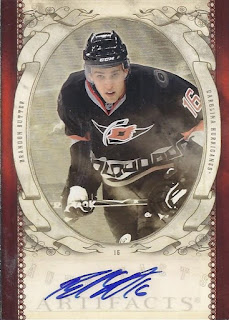 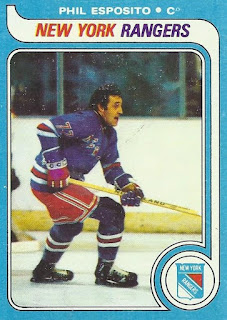 The last card is this 1979 Topps of Phil Esposito. Despite the fact he spent 5+ seasons in New York, cards of him in Rangers blues still seem odd. 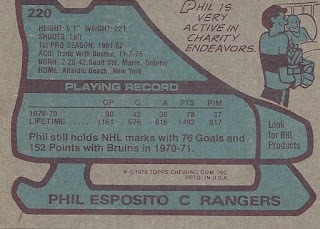 Cartoon on the back!

There's more, as my return to the flea market also meant I grabbed one of those $5 bricks of cards, which I've placed to the side for a future repack adventure. To be posted whenver.
Posted by buckstorecards at 11:20