Yes, I'm well aware it is August now - but since the cards arrived in July, I'm keeping the title as is.

With that out of way, the next 2 packs. 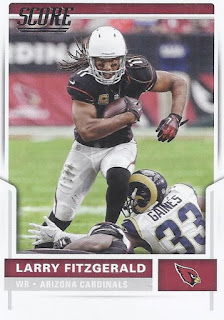 I'll start with my photographic fave this time around. A rather generic "player running with the ball" is greatly enhanced by the desperate attempt  to stop him by a Rams tackler. 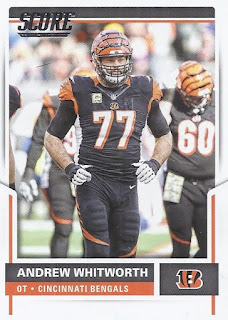 Since OL guys get no hobby love, I might as well highlight this one. 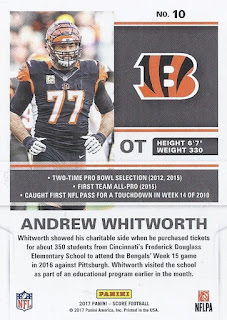 Frederick Douglass Elementary School? I could shoehorn this one into my 2/14 collection! I won't. But I could. 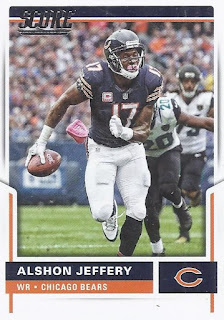 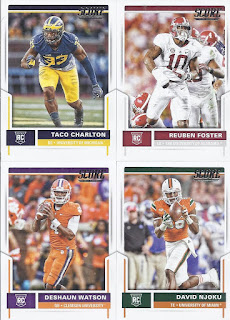 A quartet of first rounders highlight the rookie portion of the pack. Interestingly, while there was only a couple of dupes among the veteran portion of the set, each of the 20 rookies over the two packs was a dupe.

Your parallels. That Eifert will be on its way to the Cardboard Clubhouse in its next mailer. 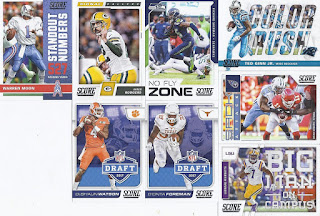 No autos in this portion of the break, so this wraps up with the inserts.

Pretty blah portion of the break gets livened up with a bit of colour. 2 more packs in the next post.
Posted by buckstorecards at 08:28