I'll go through them in the order they upload. 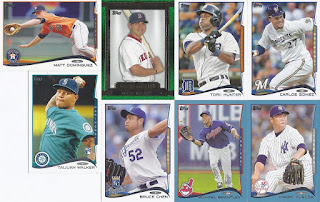 A couple of Walmart parallels and a nice use of a horizontal frame is a fun way to start this group. 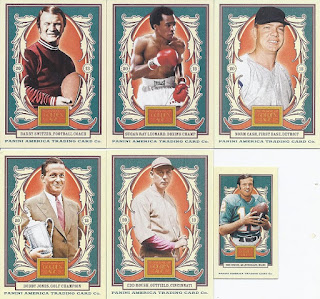 I think Golden Age was the portion of this I was most excited about busting since I hadn't already opened any of it, and it does bring some variety. Golf, football, boxing and baseball in the same pack. 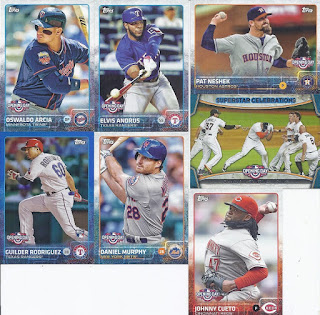 It is hard to tell because of the border colour matching the parallel, but the Guilder is a blue parallel. 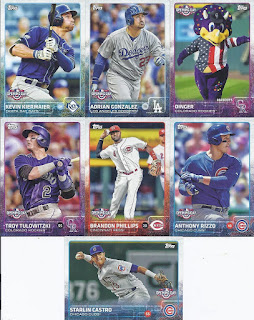 Given the condition of the corners of a lot of cards in this group, I'm guessing Dinger is to blame. 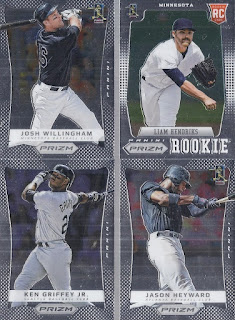 Here's the Prizm stuff. Nothing shiny, and it is typical of me to land a card of someone who a trade partner collects just a couple days after sending off a trade package. In this case, the Willingham for jaybarkerfan. 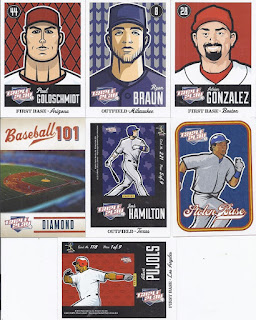 Triple Play. It is an acquired taste, and I haven't acquired it yet. 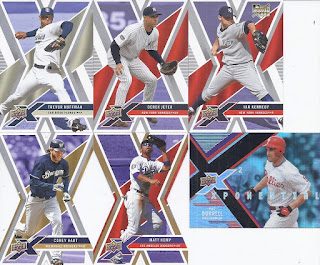 And to end it, the X. I'm glad I'm not building this set, as a set with half the cards not being base probably would have annoyed me. The Kemp is a gold die-cut parallel, which is a little tougher pull than the regular.

And there you have it. I liked the first one more with the Halladay swatch among the packs, but this wasn't too bad. Some keepers, and the trade box got a lot more baseball content. Back to the incoming envelopes next time.