Time to revisit one of those 10 pack "Spring Fever" repacks. 10 packs and a bonus Beckett card. These were the packs.

I'm going to open w/ the Ultra and the '11 S2, since they're the only ones that need more than one scanning to highlight the entire pack(s). 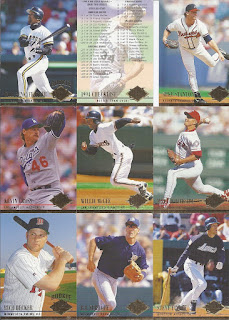 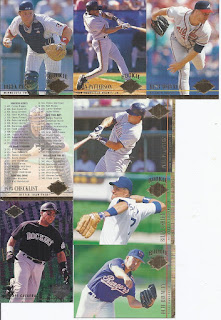 I was kinda worried that these would stick together. That wasn't the problem for the cards, but the dinged corners were. Still, I get a card of a guy named Pennyfeather and a guy named Duff, so I'm still happy. That On-Base Leader of Andres is pretty loud, but it might be the best card of the repack box when all is said and done. There don't appear to be too many on the secondary market, surprising for anything for this era. 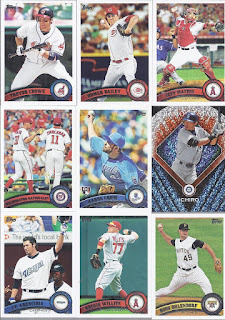 A couple notables in the first 2011 S2 pack. You've got shiny Ichiro. But you've also got a pretty interesting play at the plate card. In fact, since the player appears to sliding and there is no tag being applied, I'd guess this PatP photo took place during a bases loaded situation after the force out and with the ball being relayed on to first. 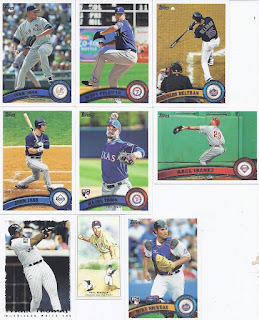 And the second pack brings the Mets content. I've got several of them, but still really like that Beltran photo. A couple throwbackish inserts with the Thomas and the Rizzuto . Frank is actually the somewhat rarer original back version.

And there you have it. 7 packs tomorrow. Or fewer.
Posted by buckstorecards at 08:48