My original plan was to stay at the flea market and show off the Kitchener Rangers alum I added to that collection. But, Summerslam is tonight!

Let's bust some 2017 WWE Heritage instead! 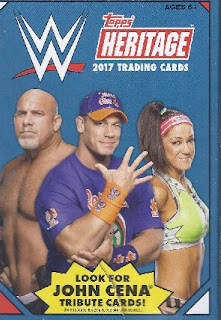 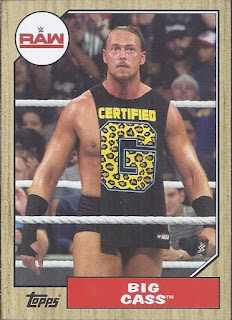 The first part of the pack are the regular base cards. The 1987 design makes another appearance. The only difference is that instead of the team logo, there's the brand/show the wrestler is associated with. 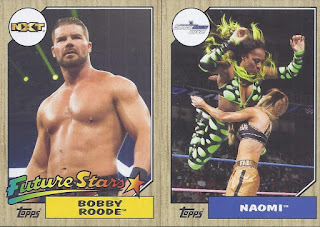 The colour for the name portion also changes with the show/brand. As you can see, the Future Star designation gloriously makes its way over from the 1987 design. There is also the 'manager' designation, but I didn't get any of those. 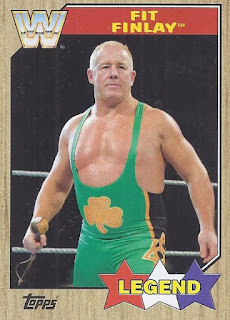 The All-Star design from 1987 also makes its way over, getting used for the legends portion of the set. 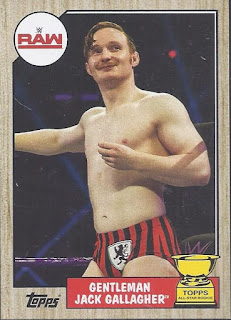 And so does the Rookie Cup! Sadly, William III doesn't appear to be on the checklist. These are roster update cards, and they have a slightly lighter colouring and the border. 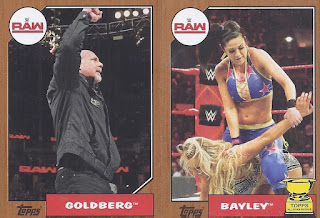 There were two unnumbered copper parallels in the box. Bayley and Goldberg are definitely a contrast for these 2 cards.

The rest of the box was devoted to Summerslam. We stay in 1987, and the design used for the WWF release from that year for these cards. That's still a year early for Summerslam, which started in 1988, but since there weren't any Topps WWF stuff that year, this'll do. 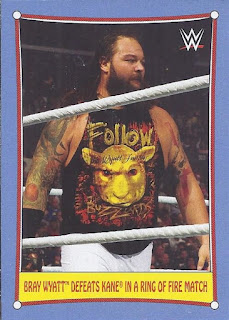 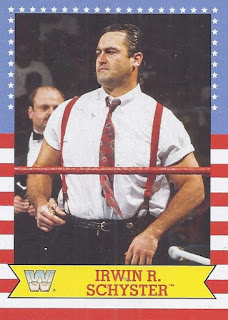 Summerslam All-Stars are another one of the subsets. It was just a coincidence that I paired these two cards of father and son together that I didn't realize until I did this post. 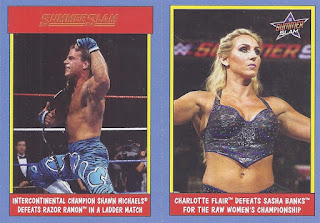 And a more general Summerslam history subset ends it.