It has been more than two weeks since I busted a Dollarama Surprise Bag, so here goes nothing! 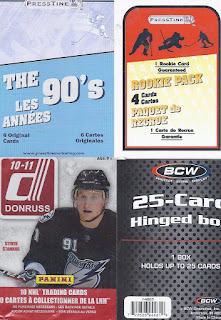 3 card pack items (I don't recall ever finding Donruss in them) and a container to hold them while I took my sweet time posting it. 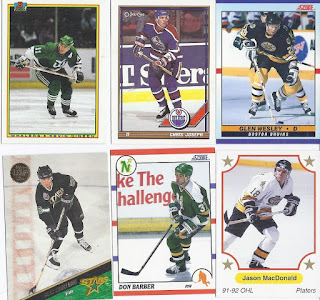 The 90s pack dropped from 8 cards to 6, but still contained the expected junk wax mainstays. Eh, maybe the Young Superstars of Glen Wesley isn't quite a mainstay, but the others certainly are. 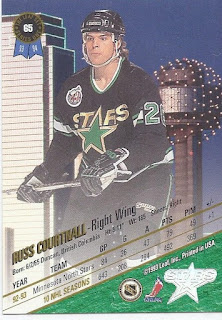 Even though they are common, I still have to show off the back of the 1993 Leaf. 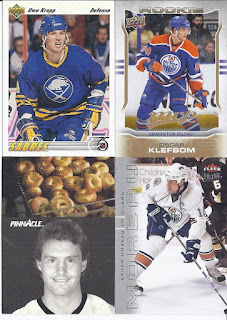 At least one of the non rookie cards in the rookie repack taught me that Patrick Flatley ran(?) a bakery/deli in Chicago. 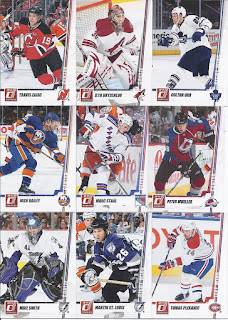 The base from the Donruss pack. The mask binder cards are dupes, but at least I got some bonus base cards for some of my trading partners. 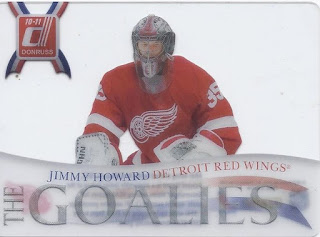 But I did get one of these acetate inserts. Of which Dennis @ Too Many Manninghams picked up the complete insert set in one of our many trades.

So, not the best repack. Best card for me was probably the Flatley from Pinnacle. At least these are cheap.
Posted by buckstorecards at 11:50