Another small local card show on the cheap. I'm not including the single pack and few singles of OPC 2015-16 I picked up. Since that's better for a post of its own. 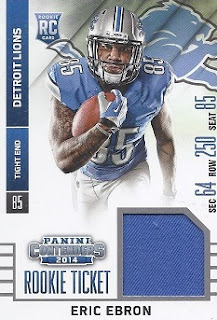 I'm leading with this because not only was this the only hit I picked up, but it was also the only non-hockey card I picked up. It is a small show in Ontario, after all. This one was card #X in a #X for $Y box, so I figured I should at least have one card outside of the hockey additions.

I managed to hit a lot of my PCs. 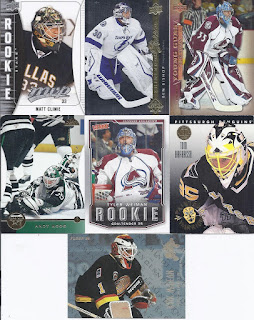 6 new cards were welcomed to my 2/14 binders. 3 new Marian Gaboriks. 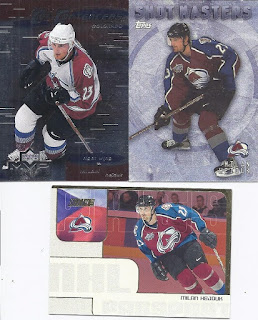 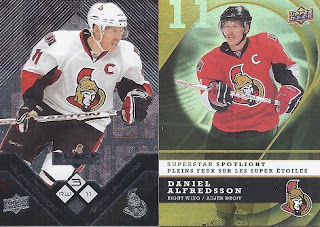 Here are the 2 newest Alfredssons for that binder. It is nice to get a triple diamond card from a quarter bin. 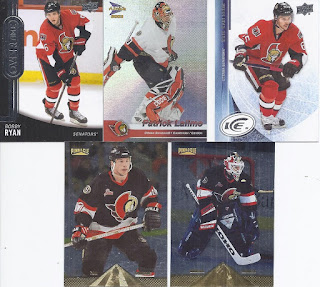 And a few general Senators for that collection. 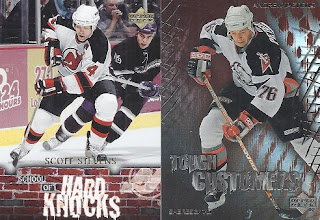 Rounding out the PC additions were these 2 Kitchener Rangers alum.

To wrap up stuff for me, here are some of the cards entering my misc. binder.

Whether it is 1993 Leaf, Metal Universe, or some random insert set, I love cards that use the player's city as part of the design. As usual, these look far better when in hand than scanned. 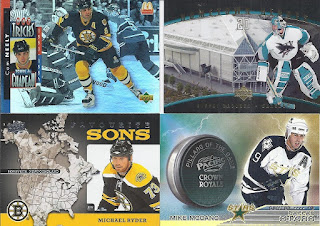 Horizontal goodies! The Neely is quite thin, and as a consequence thereof, is badly bowed. But that won't keep me from adding it to my small Cam Neely collection. I assume that's the arena behing Nabokov on his card. 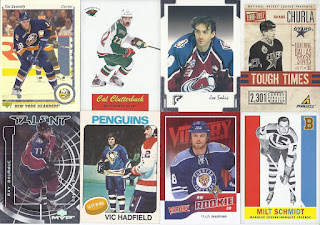 And some vertical goodies as well. Fake vintage and real vintage. I love the Tough Times insert. Since I've never pulled one of the red parallels from any repack Victory packs, so I decided a quarter bin was a good a choice as any to grab one. And that Tim Connolly is the shiniest card of the day.

Finally, some cards for others: 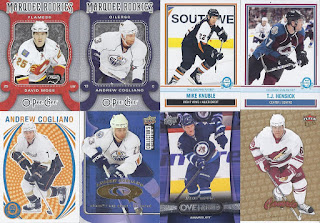 Such as a collector of Wolverines alum, 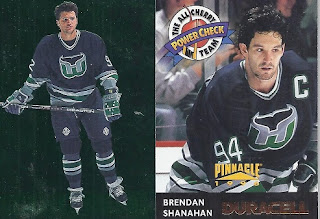 There you have it. All that's left is one dozen OPC cards for tomorrow's post.
Posted by buckstorecards at 07:42