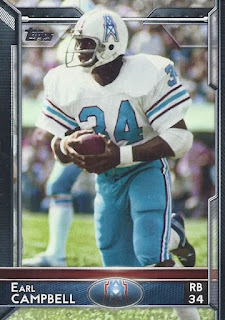 I'm still doing the pack thing in an attempt to put together the 2015 Topps set. I figure right now I'm at the 80 percent done range I figured I would have been at already from the one jumbo box. I should probably have a want list up on the weekend. Nothing too exciting from the packs in terms of hits, other than a pink parallel of Le'Veon Bell, complete with a throwback jersey. But I will highlight my favourite from the pack busting session with this veteran parallel of Earl Campbell. Arian Foster actually warranted 2 veteran parallels - one photo variation and this one, which fell 1 per 16 jumbo packs.

And the rest of these were from a dime box: 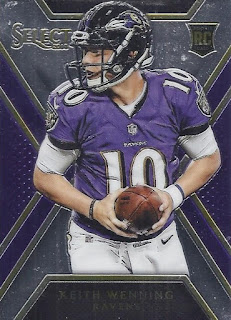 First up, a new card for my 2/14 collection. This is my first Ravens base card of him, and my 5th NFL level card of his. I find it interesting that I can add not 1, not 2, not 3 or even 4 autograph of his before finally adding one of his base cards to my set. That has to be some sort of record.

Speaking of the 2/14 collection, I've finished the football and basketball portions of my zistle lists, linked on the sidebar. Only hockey left! 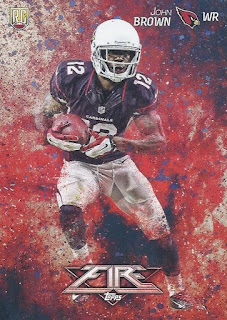 What can I say about this, other than I liked the obnoxious loudness of this release from Topps Fire. 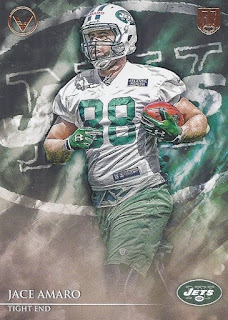 Not quite as obnoxious, but I did really like the design on last year's Valour. For some teams, it worked better than others. The Jets were on of those teams on the 'better' side of the equation. 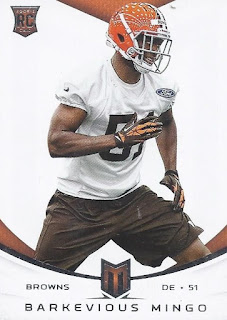 And this one because the guy's named Barkevious. The write-up on the back of the card naturally notes that he's playing in front of the Dawg Pound.

The rest of the cards: 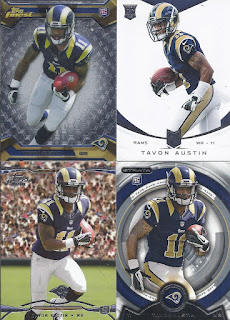 Some Tavon Austins for a collector of WVU alum. 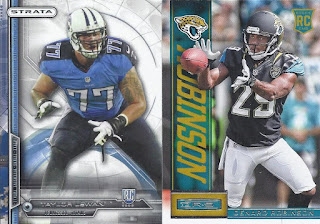 And a couple of cards for a collector of some Wolverines alum.