Time to head into my "To Be Posted" box and grab out another bunch of cards. This time, a bunch of Expos cards. 8 can be considered a bunch, can't it? 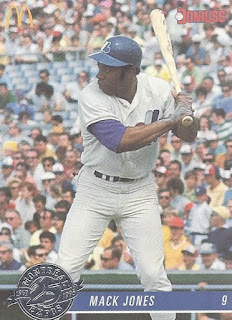 This is from a set saluting the 25th anniversary of the Expos. I like it for a rare appearance of the stands at Jarry Park on a card. Early sets for the Expos were loaded with either spring training or shots in the road blues. This might be my first card with Jarry as part of the picture. Also, Jones hit the first regular season home run ever in Canada. 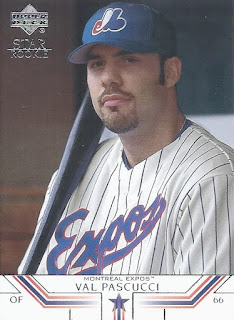 I don't know if Val Pascucci is the most Italian name in Expos history. He's a contender, though. Val would join the Mets for a cup of coffee as his career drew to a close, and is still in their system as a coach. 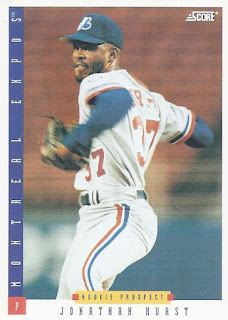 Did you ever have a card sitting around that you have no idea about how you got it? This is my example of that. I don't think I got this from COMC, and I'm up to date enough on my incoming mail to know it isn't from those sources. Completely random binder addition, and no matter what the source, it is on the way. 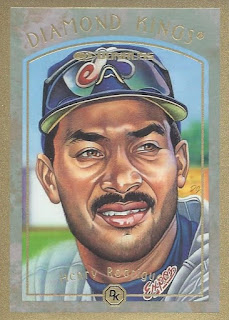 O! Henry! Numbered to 10000. Still, being a numbered card is still enough for me to add it to the hits portion of the collection. 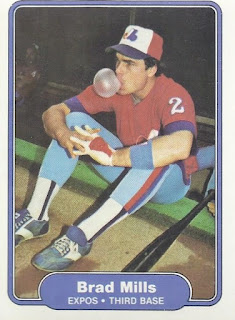 Why would I not want a card with a fuutre MLB manager sitting around blowing a bubble?

Random Vlads to end it!