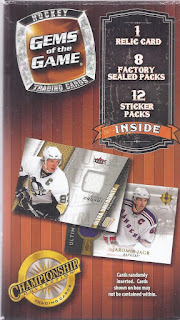 I busted one of these back in May. While most of the repack was what I would expect from one of these. But there was a pack I really didn't think you'd find in a Wally World repack. Namely, 1997-98 Be A Player. A pack with a guaranteed auto in a repack, and that isn't mentioned on the packaging? I promised myself I'd try another one of these.

These were the conents of this one:

All the sticker packs were 08-09 Panini. 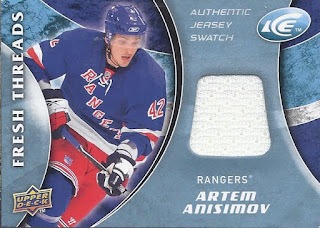 Which is Artem Ansimov, in all his event-worn glory!

Time to dig into the actual packs, now. 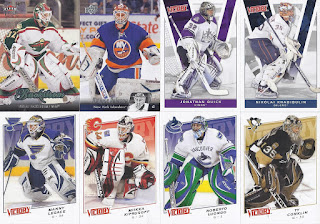 8 contenders for the mask collection, and after checking and double checking my way through the binder, the only dupe was the Bulin Wall. I like that batting average! 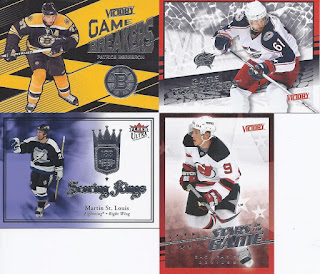 Here were the inserts. Damn, that Bergeron is a Bruins-y card. 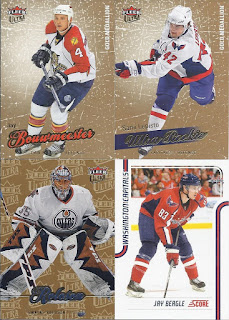 Here were the parallels I snagged. The Beagle is the one-per-pack Glossy version. Rollie the Goalie makes his second appearance in the break. I'm also surprised to pick up two gold parallels in the same pack. Even if the second one is Sami Lepisto. Who I already have a gold parallel of. How in the blazes can I end up with two parallels of him without making some sort of effort? 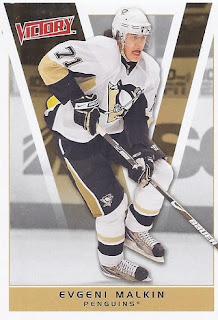 Biggest name on a base card in the repack? Probably this Malkin. 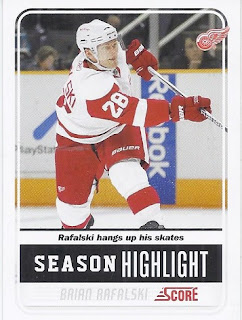 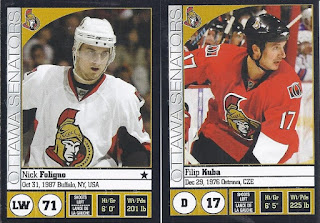 The only Sens content in the repack were these two stickers. Beggars can't be choosers. 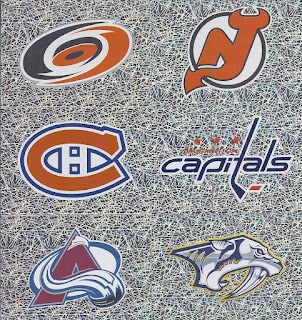 And of course, a bunch of really loud, really shiny team logo stickers were in those sticker packs as well. I've now got about 2/3 of this set solely through repacks.

And that's everything except the BAP pack. That's tomorrow. While it wasn't on par with my pull from Thursday, it is still probably in the upper range of autos one could get from those packs.
Posted by buckstorecards at 08:01