It's been a while since I picked one of these from Walmart. They're a cube of cards with 5 packs, a bunch of sticker packs, and 50ish loose cards. I'll cover the packs today, and will move into the other miscellaneous cards at a later date. Probably tomorrow, but that will change depend on my mood.

Here are the 5 packs.

I'll post the cards in chronological order, and wrap up with the stickers. 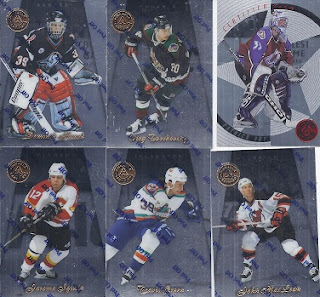 Chrome/Prizm/whatever to start. Or at least they'll be chromier if I removed the protective cover. The Roy did have the cover on it, but it was partially off when I opened the pack. Other than that, this was the first pack. 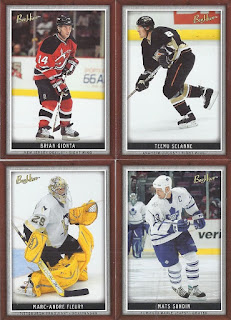 Zzzzzzzzz. I think that Sundin has been in every pack of Beehive I've ever busted. 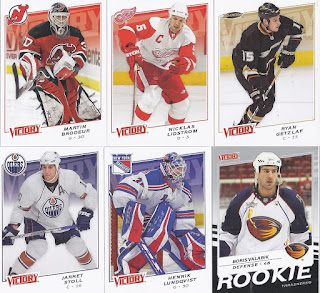 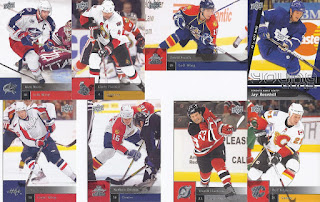 The last time I pulled one of these packs from a repack, I pulled a YG of John Tavares. Jay Rosehill isn't exactly on that level. But it did give me the only Ottawa Senators card in the break (although there were a couple stickers). 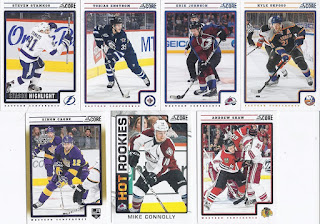 Two cards saved this Score pack. A nice photo on the Shaw and a throwback uniform are sure keepers.

A couple good cards, but I'm still preferring the cube at this point.

On to the stickers!

Way more than I can post, but I can hit some of my PCs. Masks, obscure hockey birthplaces and 2/14 stickers were all among the contents. 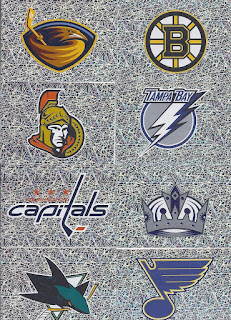 I'm still voting on the cube as my preference so far. But, there should be some goodness among the 55 cards.
Posted by buckstorecards at 08:56