An unexpected envelope showed up last week from Dawg Day Cards, which means that I'll be looking for some Cleveland Browns content to return fire with, hopefully sooner rather than later. 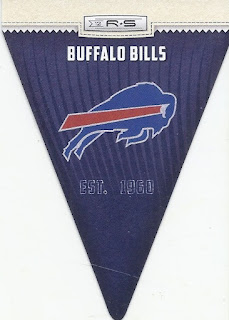 First up, something that isn't a rectangle, but one of those pennant-shaped inserts that seem to appear randomly in Panini's products. These generic team cards are the perfect choice when you want a card for one of your team binders. 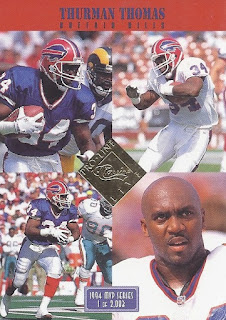 2093 definitely seems random for a card's print run, but I guess it made sense at the time. Somehow. This was part of a sweepstakes that if the player was named MVP, you'd get an uncut sheet of these. It would go to Steve Young, and this would be nothing more than a really cool card of Thurman Thomas afterwards. 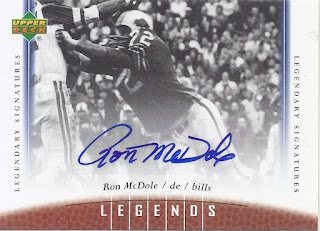 D'oh! I put one of these into my COMC cart not that long ago. But, I can always throw this into my next Night Owl mailer, so it will still make its way too a good home. 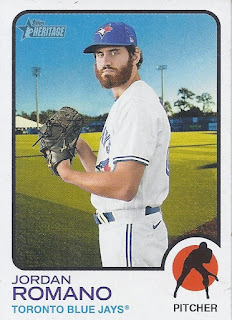 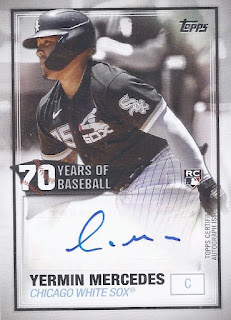 But nothing will beat a new 2/14 card as the best card in an envelope, and it happens again here with this new Yermin Mercedes autograph. Out of my now 16 cards of his, this is the 3rd one to have some ink to go alongside it.
I'll be returning the favour shortly! Thanks for these!
Posted by buckstorecards at 12:36