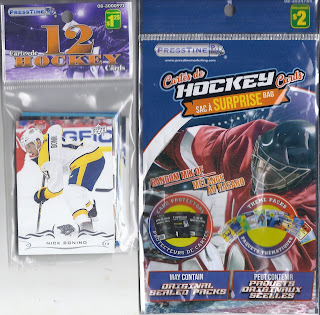 One of each from the Dollarama! 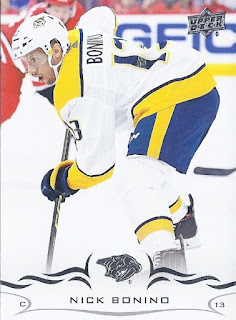 Here's a better look at the opening card. Back when you might find an interesting photo in flagship's base set. Series 2 dropped earlier today, and it looks just as dull as Series 1. 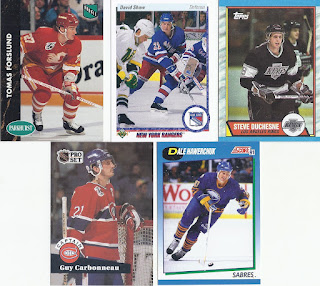 That David Shaw is, surprisingly, a new addition to the Kitchener Rangers alum collection, as he was a part of the team that won the Memorial Cup in 1982. That's always a nice surprise in a run of junk wax stuff. 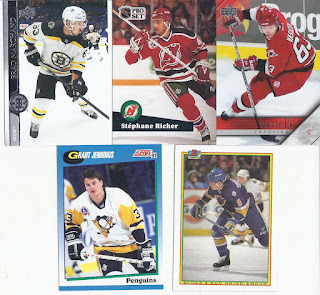 Vasicek is an interesting photo, and you get a nice look at the DK (announcer Dan Kelly) memorial patch on Brind'amour, so at least this is a little more memorable than the first batch. 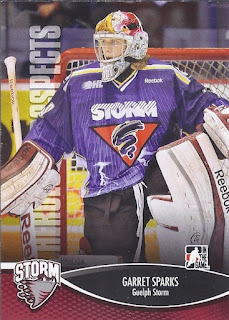 But here's the big winner here - the visible card on the back. You get both a mask binder card and an interesting alternate jersey. The main logo and colours throw back to the early years of the team, but then they overdo it with the background, which gives the vibe of the late 90s Tampa Bay alternates. They should have quit while they were ahead. 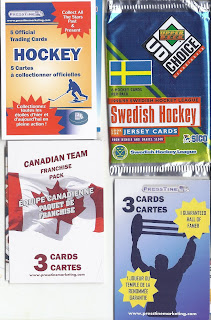 Here's the Surprise Bag contents. I'll never complain about finding those Swedish packs in these. 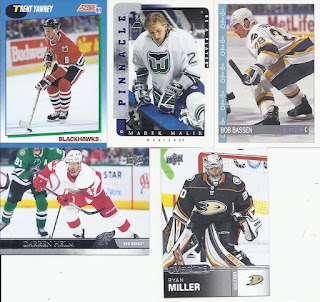 Some nice 90s photos in the 5-card pack with Malik and Bassen. That's a  perfectly-cropped face-off picture! 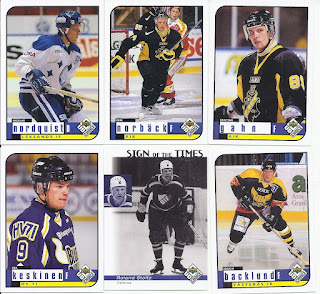 I haven't heard of any of thse players, but it is fun to see uniforms that you don't see much of, if at all, outside of these cards. Even if they look like billboards.

Walt was both a 2/14 baby and a Rangers alum, but I've got that card in both those collections. Other than that, really bland with Leetch being the HOFer. 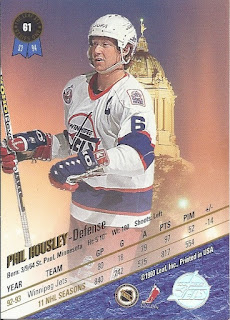 But let's get a look at the Manitoba Legislature building behind Phil before I officially end this.
There you have it!
Posted by buckstorecards at 12:40