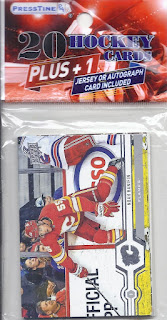 The 7-11 provides this repack for a Sunday. 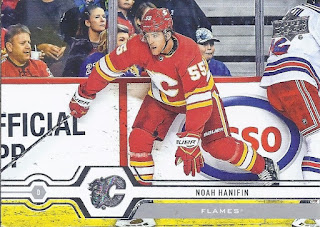 Since there was an interesting along-the-boards horizontal picture as the opener, I'll give it a solo scan. 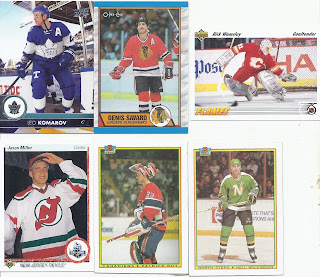 Given how dull the base set photography is this year in flagship, I'll savour the interesting cards from previous years when I come across them. And an outdoor photo with a unique uniform certainly is interesting. While there are a couple HOFers here, the rest aren't anywhere near as unique. 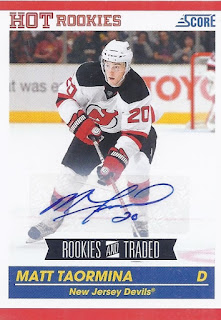 The hit shows up early. Matt bounced between the AHL and the NHL for about a decade, spending time with Tampa and New Jersey with 59 games of NHL service. At least he wasn't a one-and-done player, so I'm happy enough with this hit. 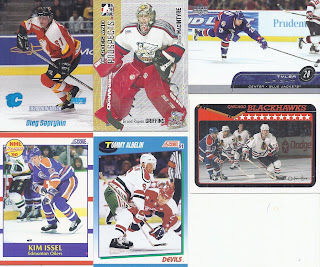 Tyler Wright's card is just magnificent. Perfectly framed with the stretch, and the puck still being part of the photo. Drew (not the wrestler) MacIntyre is a mask binder certainty, and it has the bonus of combining with the minor league jersey. Meanwhile, Tommy Albelin looks absolutely terrified. 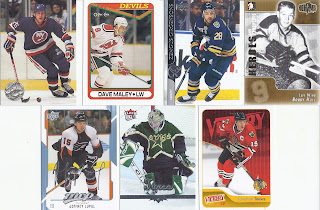 There's some solid Chicago star power here, with the very obvious Toews, and the not-so-obvious Bobby Hull. The latter is pictured with the minor league St. Catherines Teepees. While it might seem like they're named after the tent, they were actually named after the initials of a company the team owner had. 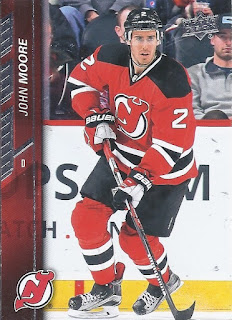 And the finale is a Kitchener Rangers alum - on a card I thought I had, but apparently not, at least in that binder.
There you have it!
Posted by buckstorecards at 05:46