I guess this should precede Heritage

My Heritage boxes are supposed to show up later today. Whether that estimate is accurate or not, I guess I'll find out later today. But here's a jumbo pack worth of cards where I'll select a handful of cards to show off. 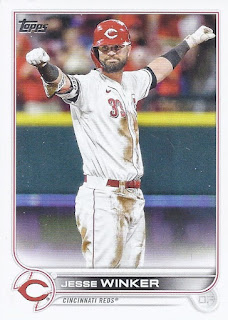 My first card. I hope that he was actually safe on that play. 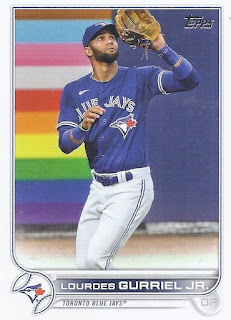 No Mets content in this pack, but there was one super casual Jays card. 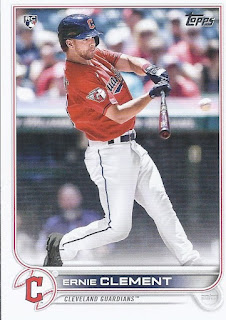 Here's my first sketchy photoshop of a player into a Guardians jersey. 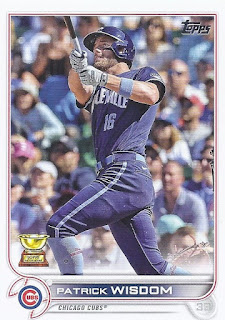 There are legitimate versions of alternate jersey cards in this. 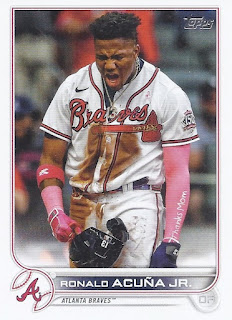 My favourite photo overall goes to a celebratory, albeit filthy, Ronald Acuna Jr. Ronald got one of the 100's position in the set, coming in at #200. 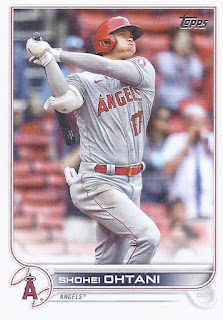 Here's the card that graces the #1 spot in the set. While I didn't get the prized Wander card, there were still some solid names in the pack. The most interesting thing about the collation in this is not one of the base cards had the horizontal layout. 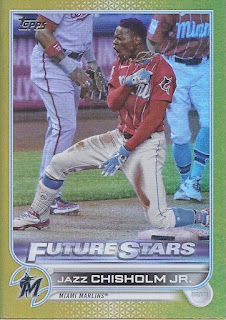 A shiny parallel gives another look at an alternate jersey with another celebratory photo. 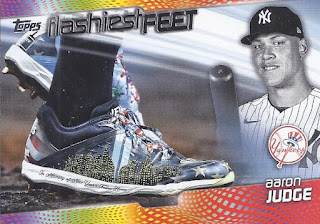 My only horizontal card was this insert. If shoe-themed cards can show up in basketball releases, why not also use them in baseball? 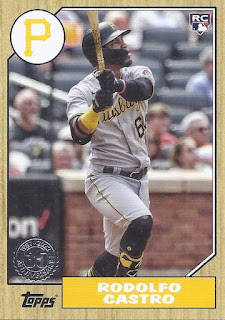 And the final card in the pack and this post is yet another visit to 1987.
Maybe it is the bland design, but I really can't see myself opening more than a few samplers of  flagship and Chrome the rest of the way home.
Posted by buckstorecards at 02:30