As the locals struggle to a close of this OHL season, I might as well overheat my scanner with a whole pile of cards of Kitchener Rangers alumni that came my way from a recent COMC mailer. 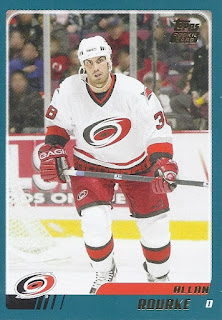 Rourke was a solid defenseman on the Rangers teams of the late 90s. Those years were not the most memorable in the team's history, but he still was able to carve out a short career in the NHL. His 25 games with the Hurricanes got him a handful of cards in 03-04, but this one will easily be my favourite. 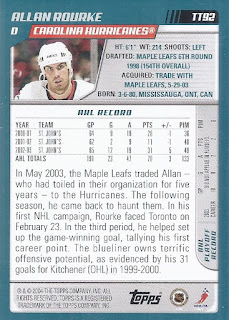 Any time the back mentions the player's time with the Rangers, that's a keeper. 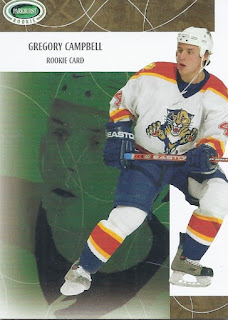 It is nothing but e-pack cards the rest of the way home after this, but this is another one that hits that sweet spot of also mentioning his time in town. 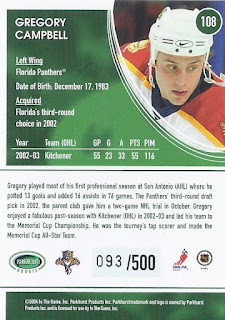 And when that write-up includes his Memorial Cup accomplishments, that is even better! Campbell would add a Stanley Cup ring to his collection in 2011 with the Bruins.

Some direct additions to the collection with these 2019 gold parallels. Ingham made his NHL card debut in Extended last season. Damiani should get his first cards this season, as he's debuted with Dallas. Yantsis was undrafted, and now plays Canadian University hockey. 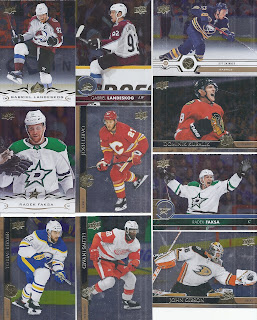 Getting a pile of epack hockey cards means that you are going to get a lot of silver foil parallels. Here's a scanner bed worth of them. 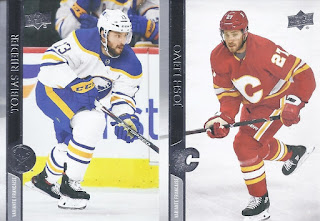 Only a couple French parallels in the mix, but they only made their debut last year. 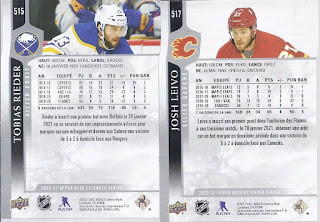 At least they actually remembered to translate the bios this time. 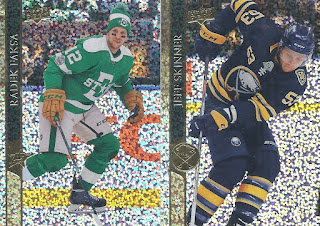 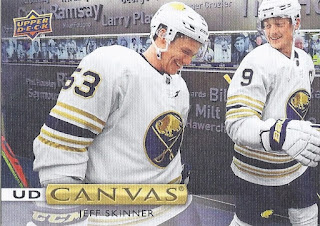 The Canvas inserts generally provide an interesting photographic entry to the collection. The ones I got this time were no exception as Jeff Skinner, who lead the way in terms of volume with a dozen cards in this package, is shown alongside some team history for the Sabres. 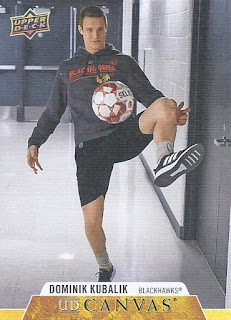 You can see Dominik Kubalik trying out another sport. 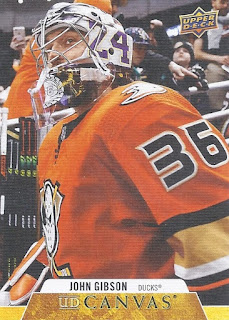 But my love for the artistry of the mask has to give the nod in the canvas battles to this John Gibson, which features a nice look at his Kobe Bryant mask. The mask made its debut the Friday following the crash. For a look at it from some other angles, here you are! 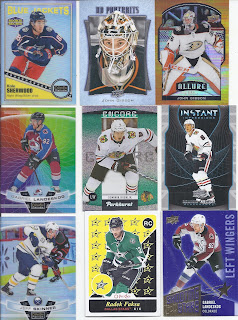 Before I get to the hits, here's a sample of the rest of the cards. 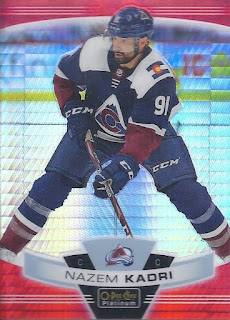 I guess this technically isn't a hit, but is nice and shiny, and pattern-y and numbered to /199 copies. 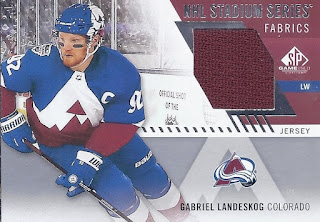 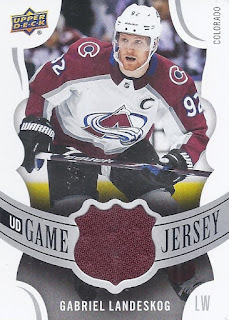 And something a little more standard in terms of the jersey sported by the player. 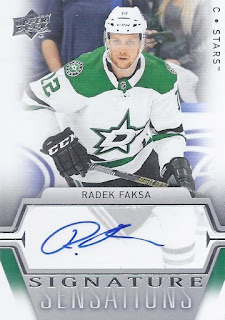 While Faksa's signature has been questionable, at least this entry from 19-20 Signature Sensations is an improvement over his earlier attempts. 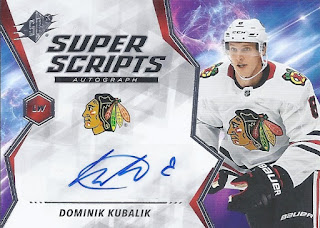 Finally, a debuting auto. Kubalik only spent a half season with the team, before heading back overseas and coming back with Chicago a couple years ago. Considering his brief time here, I'm not going to overspend to add an auto of his to my collection, but won't turn down any inexpensive options. His rookie stuff is a little too rich for me, but a second year card from a set that can settle into a nice price over at COMC? That's the ticket!
And all that was just over half the cards for that PC in this mailer. But that's a nice selection of the group.
There you have it!
Posted by buckstorecards at 17:33