Let's do one of these too, and the make-up of this one was very different from the usual ones. 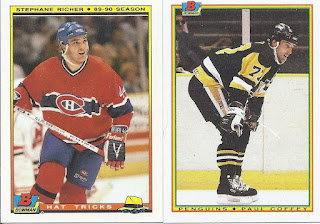 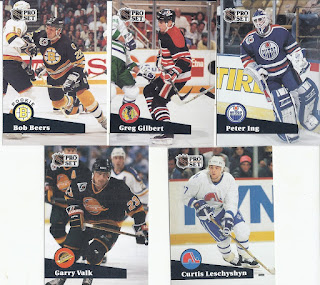 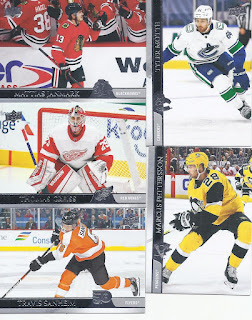 tied the # of 20-21 Upper Deck cards in this. How long did they run the printing presses on these last year that they are already plentiful in repack products? 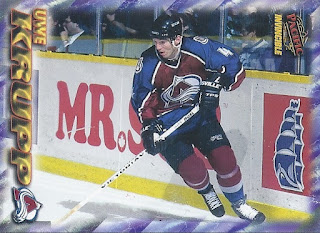 In terms of cards that one doesn't expect to see in a repack, Pacific Invincible counts, even if this design really doesn't work in horizontal form. 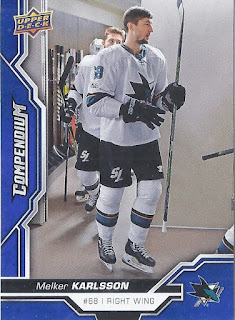 If random Compendium cards start making an appearance one-per in these, I'm gonna enjoy busting these even more. Especially when the card contains an interesting photo. 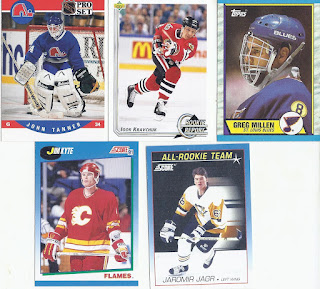 The rest of the non-hits in the repack. The #8 patch Millen is sporting is for Barclay Plager, who passed away from a brain hemorrhage in February of 1988. 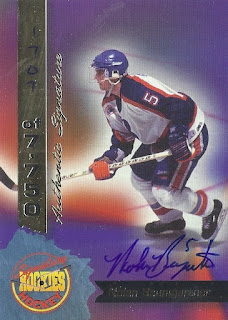 And the hit is an interesting one. This goes back to the earlier days of getting certified autos, coming from 1995. A nice looking autograph of a player I actually remembered, but I didn't remember that his career bounced him between the AHL and the NHL until 2012. And, even more importantly, he got name-dropped during an episode of Letterkenny, so that automatically makes this an even better auto. Even though a lot of players get name dropped, his wasn't done by Reilly and Jonesy.
There you have it!
Posted by buckstorecards at 07:02