I took advantage of the Sportlots mailbox feature to consolidate shipping costs and add some miscellaneous wants to my football, baseball and basketball collections. There was some set building, and I won't bore you with those, but here's the football stuff that didn't get put in my set boxes/binders. 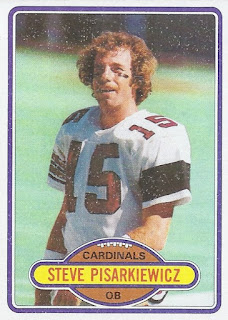 I love 80s cards where the featured player looks  like a guy who hangs around outside middle schools and gives out warm cans of beer to the female students. Steve definitely gives that vibe. Unfortunately for him, this was the only card of his career at any level. 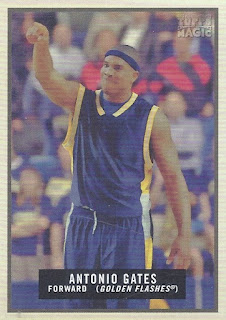 How does a basketball photo end up in a football set? Antonio Gates never played a down in college, but did play basketball. When it looked like there was no interest in him for the NBA, he arranged for himself to work out for NFL scouts. That earned him a contract with the Chargers, and he'd finish with the NFL record for touchdowns by a tight end, and a very likely enshrinement in Canton. I always love undrafted success stories. 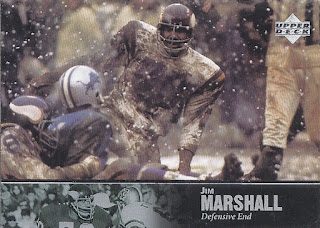 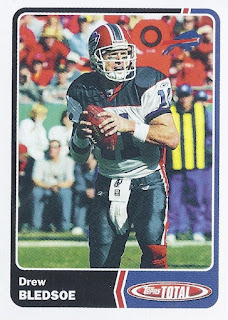 The best way for me to end these miscellaneous posts is some 2/14 content, with a card that could end up in either this or my Bills collection. Drew still remains in third place for the football portion of the collection, with 145 total cards, trailing Steve McNair at 171 and Jim Kelly at 211. 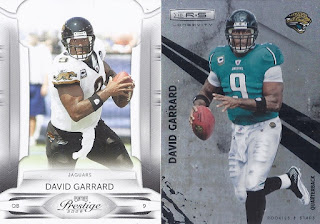 Here's two more! With these two, Garrard closes in on the triple-digit count in the collection with 96 cards. He'll eventually accompany the other 4 football players (Alshon Jeffery, 127) in that level.
And there you have it!
Posted by buckstorecards at 18:41