I showed off one of the cards from the mailer yesterday as part of a Raptors post. Today, the rest of the goodies! 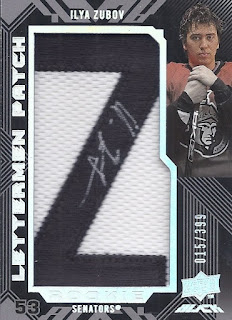 What are the chances that a card I'd been looking at acquiring to complete a nameplate would become available not only once, but twice, within a couple weeks time. And that assuming all 5 letters on the nameplate have equal print runs, that happening with a card that has a print run of about 80 total. Looks like it is COMC for this one! 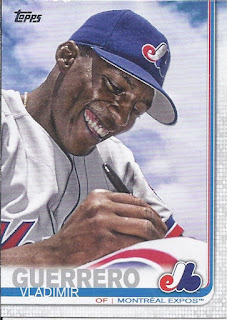 That was it for the hockey, but not it for the cards vanishing off my not-so-realistic want list. This SSP variation of Vladdy spent about a week or so on there, replacing the Stanley Johnson relic want, before it was replaced by... 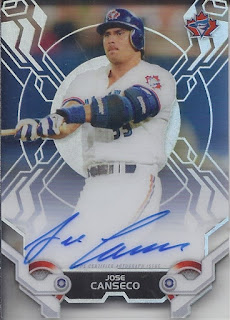 my desire to add a Jose Canseco Jays autograph to that collection. Which again disappeared off my list. Some great work in doing damage for that list. 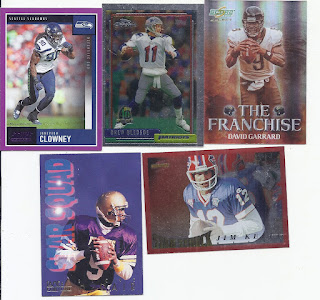 But there were some more generic additions to my PCs. 5 players - 5 new 2/14 cards. The Garrard is a Select version - the only numbered card in this fivesome, being /999. 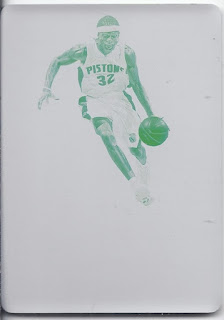 But the 2/14 love didn't stop with just those football cards, as here's a printing plate out of Flawless, adding yet another 1/1 to that binder, as I close in on the 100 mark for Rip Hamilton. 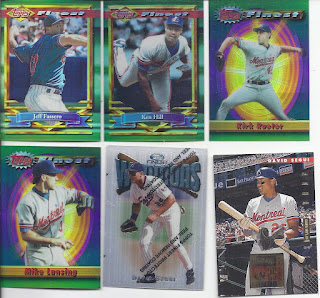 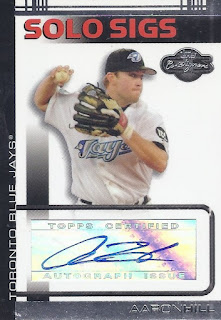 That Canseco wasn't the only Blue Jays ink in this, as here's an Aaron Hill appearance. 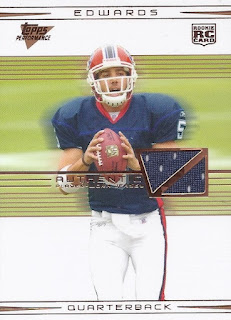 This card is /25, but you really wouldn't think that looking at how tiny and plain the swatch is. Still, it is a nice low-numbered card of someone who would not make my Top 3 of the most panic-inducing QBs of the post-Kelly, pre-Allen era in Buffalo. 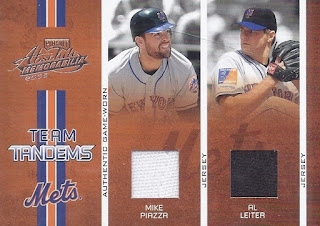 The only thing better than one swatch is two of 'em! And this is quite the battery! 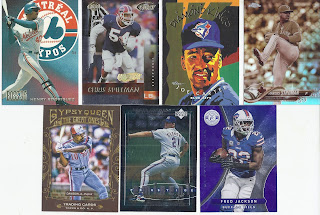 And some miscellaneous stuff to end it. As with the 2/14 grouping, there's a numbered card sneaking into this scan - the Fred Jackson is /199.
There you have it! Thanks for all these binder additions, and I'll have some firepower to return a package whenever the next COMC mailer arrives.
Posted by buckstorecards at 07:39