Last week, I showed off a bunch of Jays from case breaks of Diamond Kings and Stadium Club. Today, it is the Mets turn.

The perfect DK variety among the 3 base cards the Mets I landed. A veteran, a rookie, and a legend. The Seaver is a SP, and there were also SPs of Lindor and DeGrom that I didn't get. 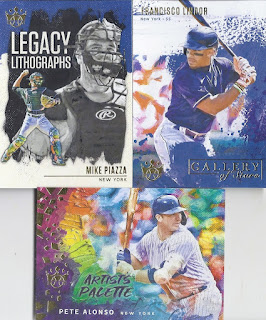 But there was a nice variety among the inserts. The Artist's Palette adds some colour to a rather blue and white set. 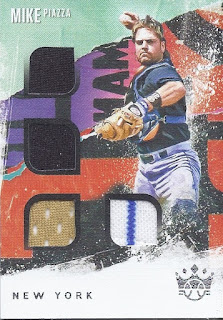 DK did bring my only hit from the cases. I like the variety in swatch colours, but I'm going to have a hard time believing that the brown swatch is from a Mets uniform. 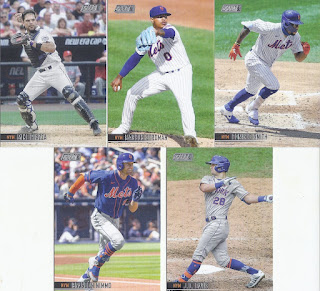 Switching to Stadium Club here are some vertical base cards! 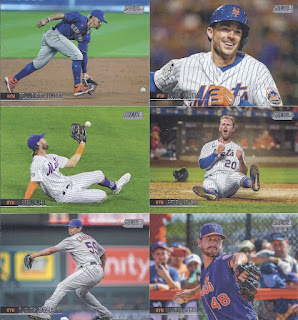 And some horizontal ones. 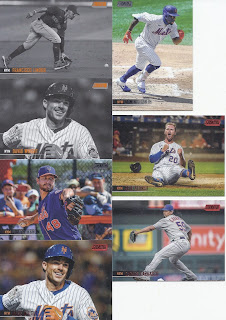 While I didn't really luck out with a bunch of parallels on the Jays side, the Mets side got me a bunch of them. Red foil! Black foil! Black and white! WOO-HOO! 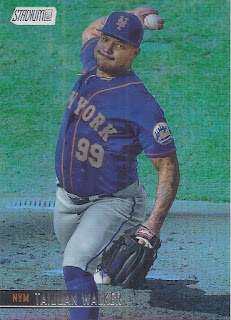 But here's the best of all the parallels - all foily and shiny and chromey and numbered to just 25 copies! 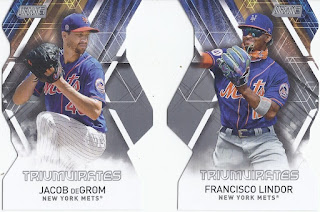 After all those base cards, a pair of inserts seems like the perfect way to end it. I still need the Pete Alonso to go right in the middle of this triumvirate, so that's probably a wantlist card at some point in the near future.
And there you have it!
Posted by buckstorecards at 11:01