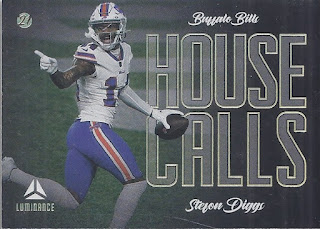 Time for some group break goodies from a couple case breaks of Luminance and Elite. Depressingly, both products had Josh Allen as the cover boy on the original pre-order packaging, but went with Joe Burrow and Kyler Murray on the actual release. How does that predict the Bills content in the boxes?

I already got a Josh Allen base card in my personal box of this - here's a few more to go with it. That's not the complete set, as I didn't get the Carlos Basham base card. 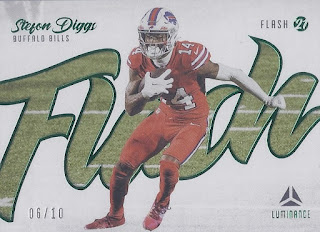 And while I didn't get any hits from this, I did get a pretty nice low-numbered parallel from it. The green does go nicely with the field background used on the photo, even if it really doesn't work with the team colours.

Here's the elite base set. I like seeing all the different uniform styles over only three cards, even though the photo quality goes down (although it would be hard to beat the Luminance Diggs and its uniqueness). 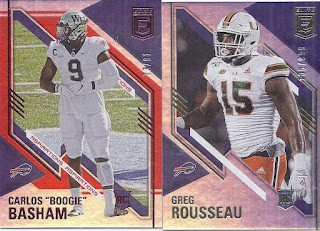 As for the rookies, only Rousseau dupes up as a base. Basham's card is an Aspirations parallel, and I love that they included his nickname on the card. I hope that some future auto cards of his are signed with 'Boogie'. 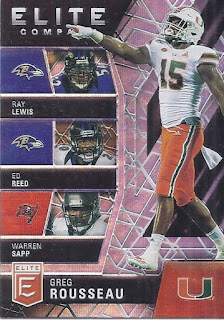 More Rousseau here. This would be such a great card for a U of Miami super-collector. 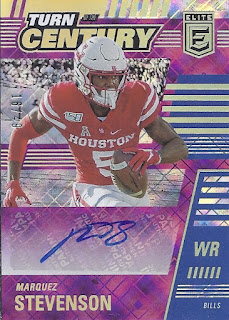 And here's an auto! Stevenson was the only Bills draft pick for one of the marquee positions in the draft (6th rounder), and this is is my first auto of his this year. I've got a Spencer Brown sitting in my COMC inventory, so completing a collection of their 2021 draft class' certified autos is within reach before kickoff. 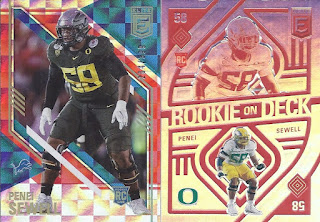 I also decided to take a chance on the Lions spot, hoping to get some Penei Sewell to fatten out a future mailer to Cards on Cards - and here's a pair of his cards. 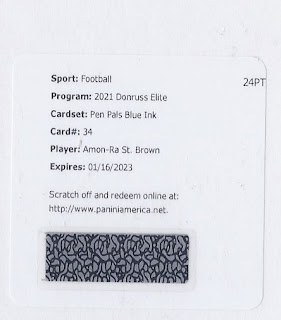 And a bonus for me! Even if he doesn't end up with a legendary career, Amon-Ra St. Brown will have the best name of this rookie class. This should be an on-card autograph. As for the blue ink, I believe those are the second most common of the Pen Pals autos, but at least it will match the team colours for Detroit.
There you have it!

Posted by buckstorecards at 07:17