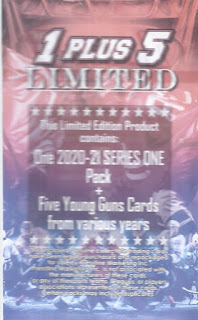 I'm continuing to finish up my latest 'straight from the source' repacks, and all that was left was one of those 250 card football cubes, and this. I've busted one of these before. This was the other one that was in that shipment. 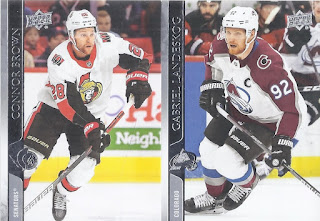 I'm not going to show off the entire contents of the pack, but here's a couple PC dupes. 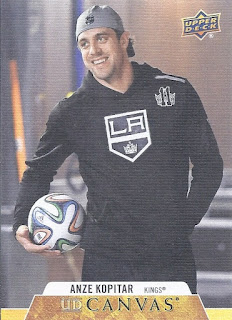 And the insert in the pack was an interesting two-sport crossover, even if it wasn't an action shot. These do tend to make an appearance in the canvas portion each season. 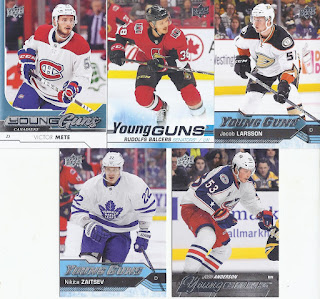 And the Young Guns. In terms of book value, the Anderson is the easy winner, with his values getting a slight boost over the playoffs. There's two future Senators there as well, as Mete and Zaitsev suited up for the team this past year. Balcers returned to the Sharks organization via waivers, after coming here in the Erik Karlsson trade. So it remained interesting to me beyond the notable Anderson card.
There you have it!

Posted by buckstorecards at 16:16