I was going to do the final packs 2 at a time, but the collation was such that the final two packs were all dupes except for a couple cards. So, I'll just meld the inserts into this post and wrap things up with this. 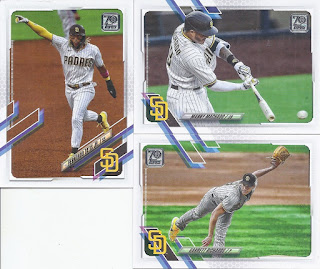 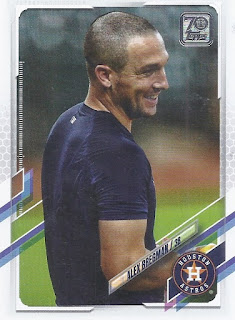 Ooo! A photo variation. I don't think a duller photograph could have been chosen for these. 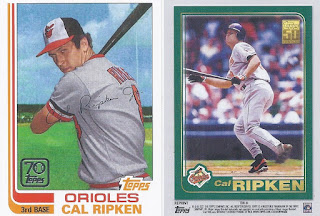 But this a little nicer with the front/back career spanning card. I could see myself making an effot to complete this insert set, or at least get some interesting ones. 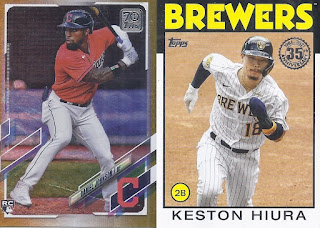 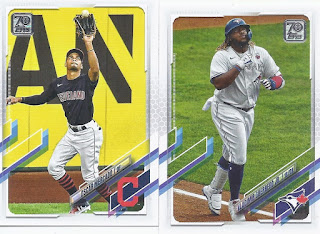 The 8th pack brought me a Vladdy, and a really interesting photo that combines both a simple catch, and a player looking like he's ready to relay that ball into the infield the second it lands in the glove.

That Cueto photo I liked so much earlier because of how it went with the design of the card. The Stars in Service should be the dullest insert set of the year.

There were only about 4 new cards the rest of the way home, so just the inserts!

I can't complain about a Vladdy and a Hank Aaron among these inserts. 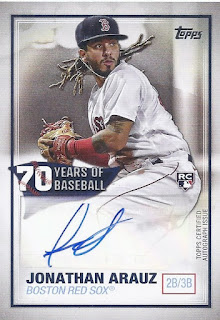 And finally, the autograph. I had absolutely no idea who this was. Turns out Arauz was rule 5 selection who spent last year with the Sox. So, good for him!
Pack 10: 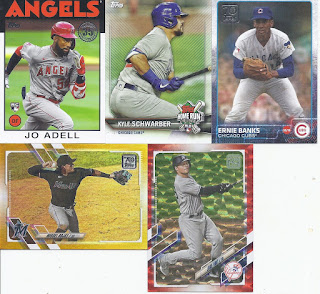 Final pack brings quite the selection of parallels and inserts. It probably would have been better to use a Cub for the 2016 set, but at least the classic logo looks really nice with the colours of the design. That Voit was a low-numbered as parallels got for me in this, at /199.
But, a complete base set, some filler for trade packages, and some decent inserts still make this a pretty decent break.

Posted by buckstorecards at 11:02