2021 Adventures in Repacks Part 10.1 - More Baseball from the Source

Let's do another repack! 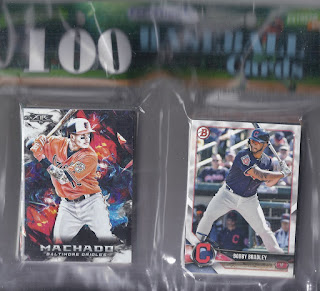 Namely this one! I'll be breaking this down perfectly into 4 groups of 25 each, lead by whatever the visible card prior to them was. 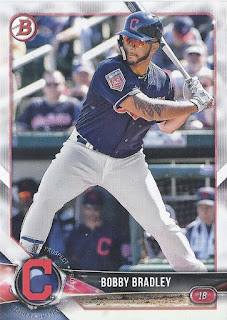 The Bowman card was probably the blandest one among the visible, so that's the starter. Gives you something to look forward too! 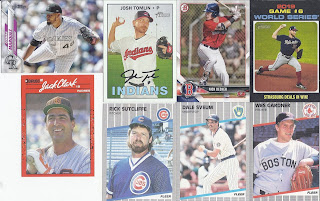 The math works out nicely. 1 visible card, followed by 3 scans of 8 each. At least I won't be typing every card like I do with the 250 card cubes. Dale Sveum might be one of the players I always seem to associate with the junk wax era, with an almost perfect MLB career overlap. The 2020 Heritage card is about as recent as this repack will get. 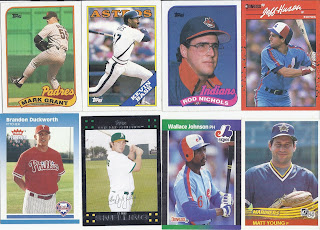 The first grouping had the most recent, while this has one of the oldest with the 1984 Matt Young. There's Expos content, and the Wallace Johnson is super-interesting for his pinch hitter designation, the first of back-to-back years where he'd be listed as such on his Donruss base. 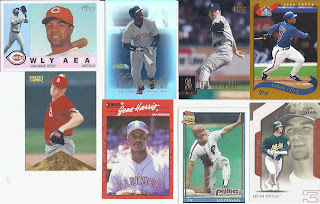 The Jays content debuts here. We also get someone who has never seen a dinosaur. Is that filthy Dykstra card considered to be one of the more memorable photos of that 1991 set? If not, then it should be. The first card is one with a colour photo/b&w double image on the front, as is the last. Flair's higher-end, but Heritage easily wins this two-card battle, even if it looks like the card is of Wly Aea.
There you have it! Another 25 tomorrow!
Posted by buckstorecards at 07:20