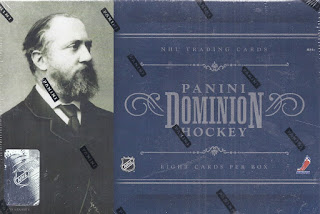 This box had been staring at me at the LCS for months now. I decided that I was sick of Lord Stanley's mug, and decided to go for it. Until they debuted National Treasures as one of their last releases, this was as high-end as Panini got. 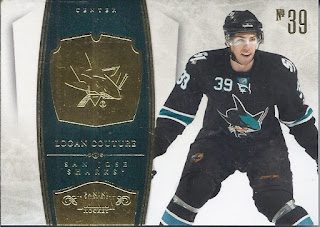 Here's the base card. Lots of foil, as you'd expect, but we still get some team colour in the design this year. Future releases would be pretty much all foil on the front. 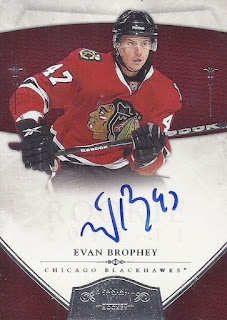 A rather hieroglyphic signature from Evan Brophey (is that when your brother wins a trophy, tm MST3K) on the first hit from this box. Under Panini's perpetually-odd numbering system, this is considered a base card. 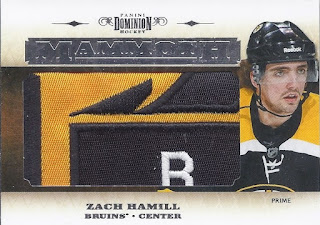 Dang! This got interesting fast! Hamill might not have had the strongest NHL career, but this is a spectacular patch. It comes from the lower portion of the chest logo from their alternate jersey at the time, with a hint of the bear's foot. While I doubt this was really game-worn as it claims vs event worn, that's still a beauty of a patch. 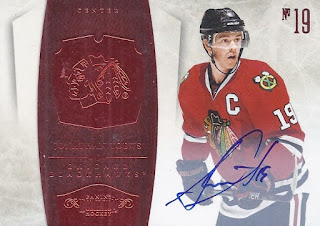 How do you top that? Howzabout an on-card Jonathan Toews autograph. I was somewhat of a magnet for Patrick Kane autographs at one point (landing one from Synergy, Rookie Anthology and through the UD redemption raffle in a short period), so it is nice to get one from the other Blackhawks star of the 10's. Even better - this ruby parallel works so perfectly with the red jersey. Parallels that match the team colours are always the best parallels. 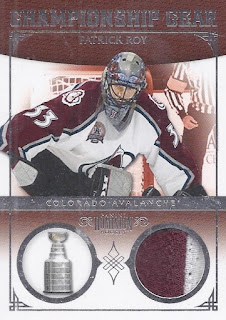 This box has been so great, that a two-colour Patrick Roy seam/swatch is underwhelming after the past two cards. With Lord Stanley on the packaging, it is appropriate to land a card that features the Cup in some form. 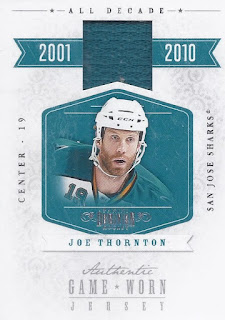 The blandest of the hits in this. At least it isn't a plain white swatch. 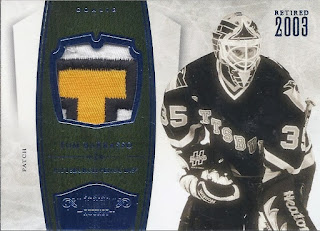 Back in the patch game with this Tom Barrasso patch. The best thing about this card was that you can look at the photograph and see that this patch comes from one of the 2 T's from that style of jersey. A great box for patches in yellow, black and white. 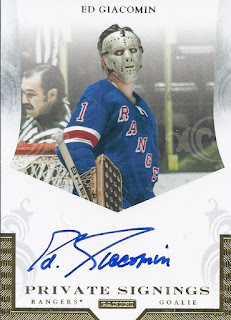 It is about time I got back to some autographs, and here's a signature from a Hall of Famer to welcome me back. This is proof you didn't need to have a creepy paint-job on a mask for it to be pants-crappingly terrifying. 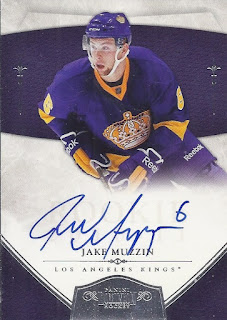 Here's another one of those base card/autographs. Based on the alternate jersey in the photo, and the fact he's still in the league, this is an easy winner against the Brophey. You can see a hint of Amishness that his facial hair would become. 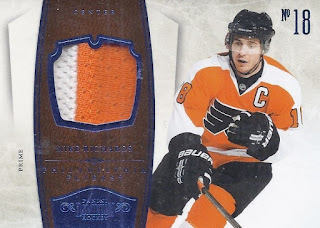 One last relic for the box. And to make this Mike Richards card even better... 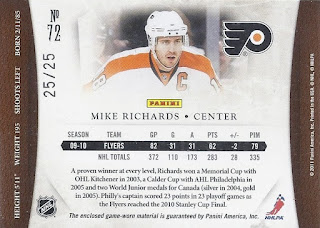 the back references his time with the Kitchener Rangers. He'd be the first player to add an Olympic Gold medal and a Stanley Cup to his Championship resume. 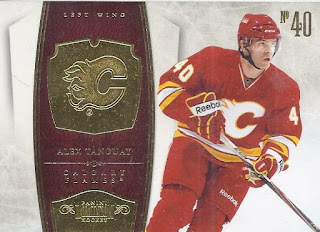 Just a plain old base card to end this.
Autos of Giacomin and Toews, along with a couple beautiful patches and even a PC hit. Glad I took the chance with this.
Posted by buckstorecards at 11:25