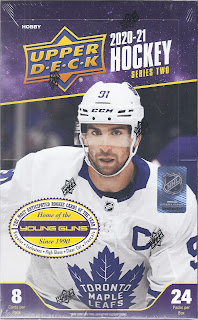 Fresh off the presses and fresh from the LCS! 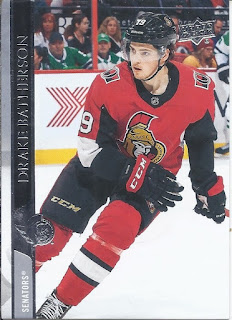 And the first card I see is a Sens card! I couldn't ask for a better start! 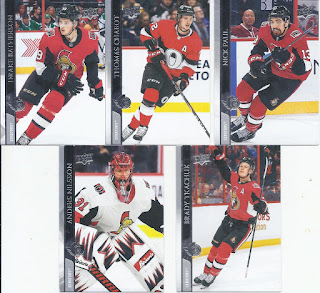 And here's Drake with some of his teammates. My box did lack the Chris Tierney to complete the base set. 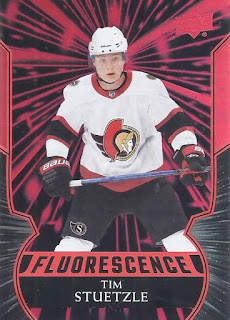 While I didn't land the coveted Young Guns rookie of Tim Stuetzle, the box did contain this sweet addition to my Sens collection. I've got a couple outstanding redemptions from Artifacts, this is my first pack-pulled card of their rookie star. These Fluorescence inserts fall at a rate of 1 every 6 boxes, and of course there are the parallels. It is especially nice that the team colours perfectly match the background, even if I think they wanted them to be more orange. 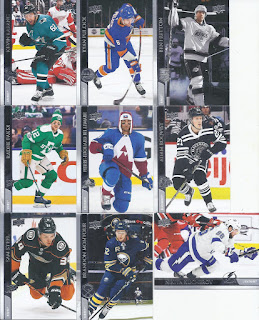 Here's some of my favourite base card photos in the set. The Labanc is probabloy my favourite, with the dejected Jimmy Howard in the background after the LaBanc goal. Also, the issue with dinged corners that plagued Series 1 is there still, but didn't appear nearly as bad. 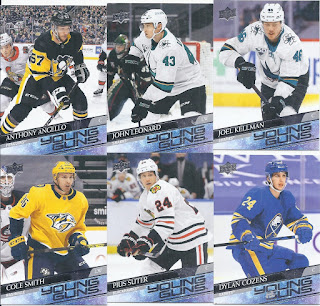 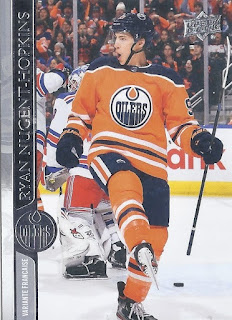 The Nuge provides the French lessons in this box. 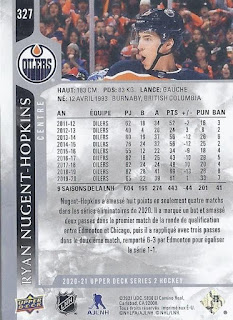 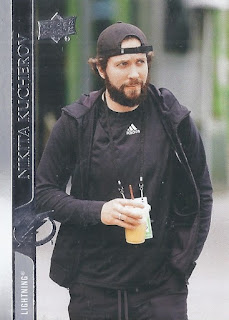 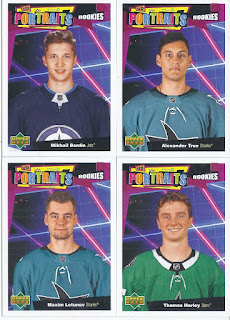 Here's some more Portraits inserts. Still as bland as ever. 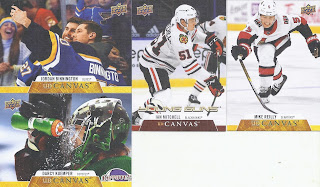 At least the Canvas inserts give you some interesting photos.That Reilly was the other Sens content in the box. 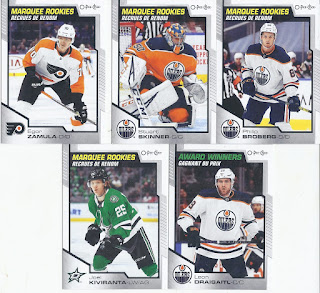 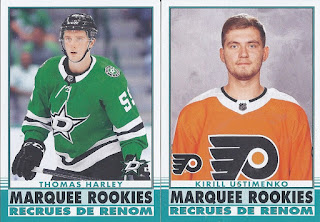 Your O-Pee-Chee update content. Interestingly in terms of the checklist, Stutzle is not part of this set, and Ustimenko is also the only guy named Kirill. Maybe they'll show up in Extended. 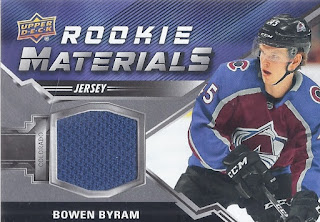 While the Fluorescence is probably the big card from this box, but there was a hit as well. Fairly basic one-colour swatch, but a hit is a hit.
And there you have it!
Posted by buckstorecards at 14:00