Let's do another one of these! 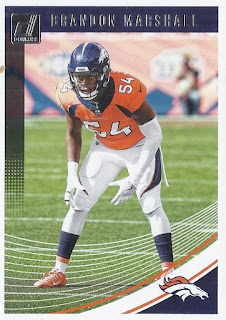 Here's a better look at the opening card. A nice intense photograph from before the snap. 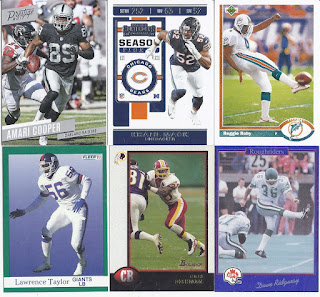 Here's the first batch of cards. Two kicker cards are enough to make this interesting, even if they're junk wax era cards. The back of the card does list Ridgway's great nickname - Robokicker. Throw in a couple solid designs from Prestige and Contenders, and this is a decent start. 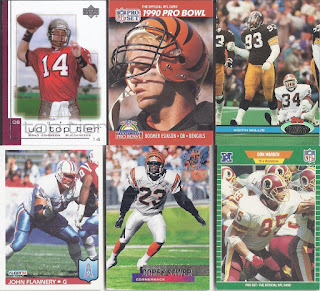 Not quite as solid with this group of six, but that's a pretty solid photograph on the Stadium Club, as it just shows him satisfyingly walking away after stopping a Browns rush, with Kevin Mack on the ground looking like he's just wondering what happened. 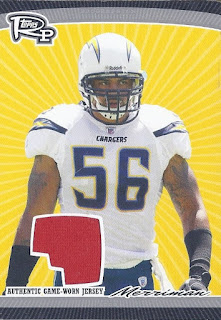 And here's your hit! Since the Chargers never sported red, I'm guessing the Merriman is from an All-Pro jersey. Which at least makes it kinda unique. 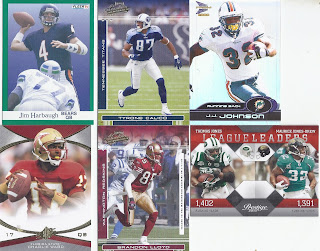 A football card of a player better known for his exploits on the basketball court highlights the final group for me. Also, we get a bonus card for a future mailer to Ann Arbor, and a reminder of the time when League Leader cards were a thing in football releases. 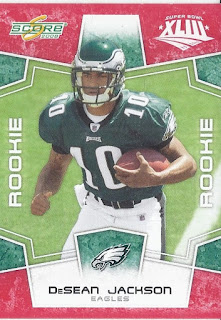