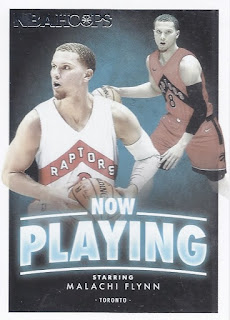 The extent of my basketball for the foreseeable future will likely not be wax busting, but simply grabbing up the Raptors in group breaks, and just adding to my team collection. Which means I can finally welcome their 2020 first round pick into my binders. 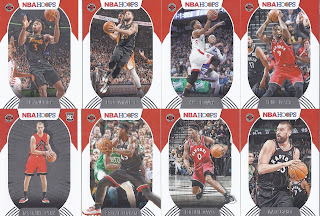 He's also among the base cards in Hoops, with Ibaka and Gasol winding down their appearances in Raptors unis on base cards. 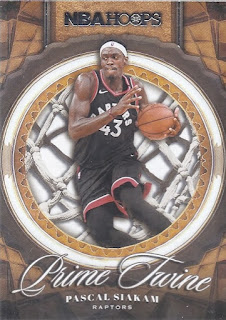 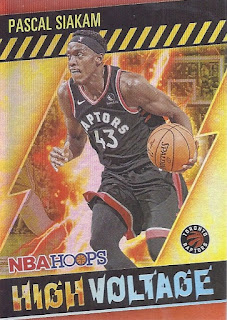 High Voltage returns for a second straight season. These are suitably foil-y and bright. 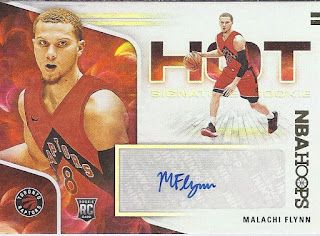 And there's no better way to start off a new player in the Raptors collection than with an autograph from his first available Raptors autos. And considering that it is legible, I'll overlook the abbreviated first name and the size, since that legibility is enough to put him well into the upper tier of Raptor signature quality. 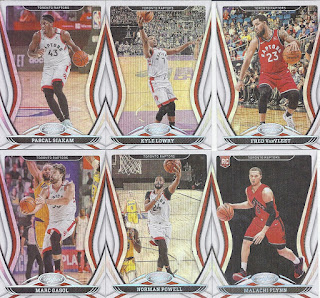 The Raptors spot in a half-case of Certified didn't go quite as well, but I did get another team set of base cards. 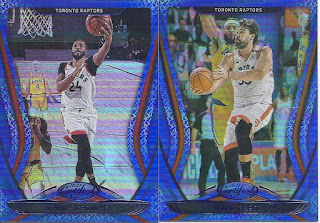 But there were a few unnumbered parallels to go alongside the team set. My final Marc Gasol card? 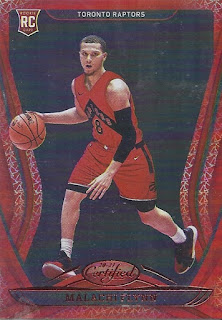 And another nice Malachi Flynn card. It may not have an autograph or swatch attached to it, but it does go perfectly with the jersey colours.
Just for S&G, I picked up the Denver spot as well in the break, hoping to add some Jamal Murrays to his PC. 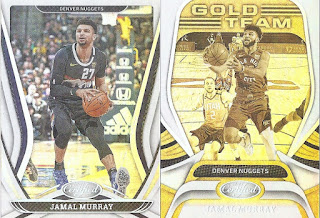 Here's the 89th and 90th card of the local product. 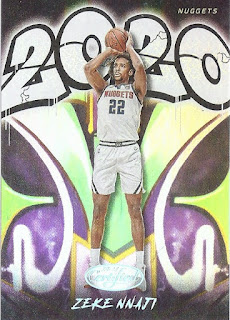 The Gold Team insert was new to the post, as was one of these 2020 graffiti style inserts. Interestingly, Nnaji sports both #22 with Denver, sported #22 with the Arizona Wildcats, and was drafted 22nd overall. This photo appears to be a photoshop special from his Prizm draft card. 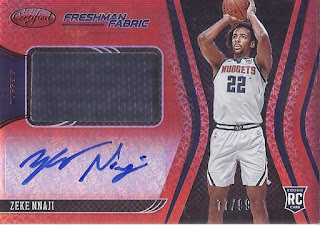 If I get another one of that same photo, you might as well throw in one with a swatch and an autograph attached to it. At least now I've got a second reason to pay attention to Denver box scores.
There you have it!
Posted by buckstorecards at 13:01