Manos! The Cards of Fate! 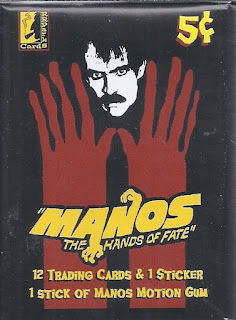 I've been waiting to post these forT several months now. When my package arrived, it was short the promised printing plate, as they had yet to appropriately dry in order to be sent out. That finally did show up last week, along with the Series 4 release I showed a card from on 2/14, so let's put this to bed by showing off the cards. 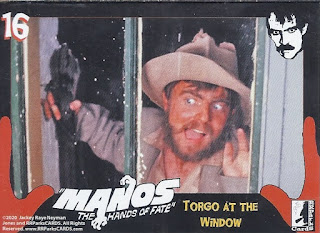 There is a 27 card base set, on which the front is a scene from the movie. I'm glad the tender peeping-Torgo scene has been immortalized on cardboard for eternity! 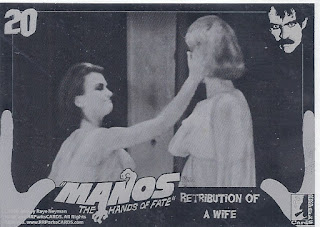 My printing plate was from this portion of the set. Given the top notch lighting job done on this film, black is probably the colour you want for the plate. 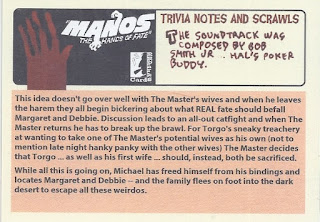 The first 9 of the set include a plot synopsis (imagine trying to stretch that out over 9 cards) with trivia. 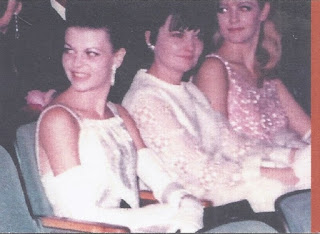 The next 9 are a puzzle that shows a photo from the grand premiere of the movie. 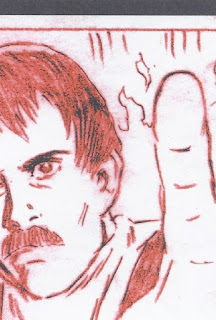 And the final is a poster. 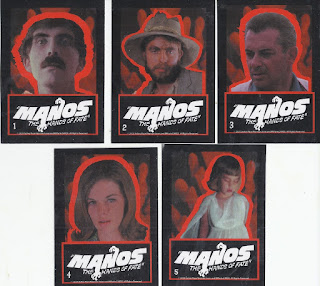 Some features familiar to collectors of the MST3K sets were here as well. Such as stickers, 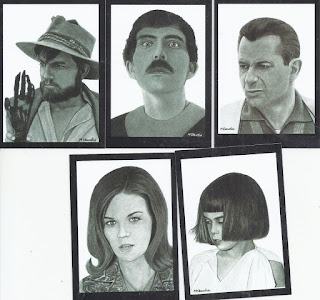 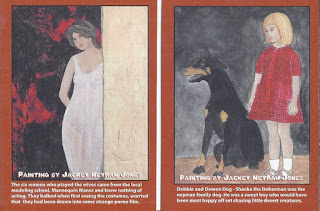 Jackey Neyman Jones (aka Debbie) gets some art cards as well. Completely appropriate for this set. There's trivia on these as well. 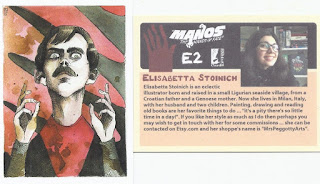 Elisabetta Stoinich, who has art in previous sets, has a few inserts here, and even gets a profile on the back of her drawings. 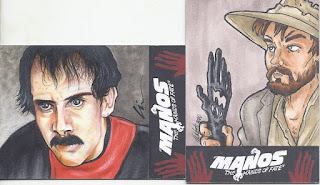 Yup! There's one of one sketch cards, too. Lin Workman did the drawing of the Master, while Jaime Hitchcock drew my Torgo. The former has done 1/1s for Topps Star Wars and Mars Attacks set in the past. A perfect pairing! 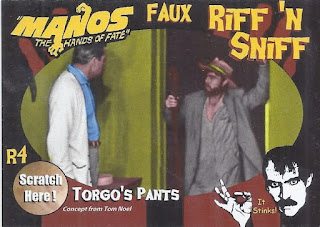 Here's something new! Faux Scratch-n-sniff cards. They're faux, so you don't get a chance to really smell Torgo's pants. You sick freak. 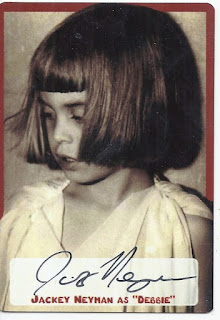 And given how Jackey was involved with this release, it is only appropriate that she has autographs in this. Here's one of them!
That's a set! I promise I'll get to the most recent MST3K set with greater urgency.
Posted by buckstorecards at 09:30